What do Americans REALLY think about Ireland? This Irishman found out

In a five-part video series, Colm Flynn took to the streets of New York to discover what people really think about Ireland, from beer and sheep to if Dublin Airport counts as visiting Ireland. 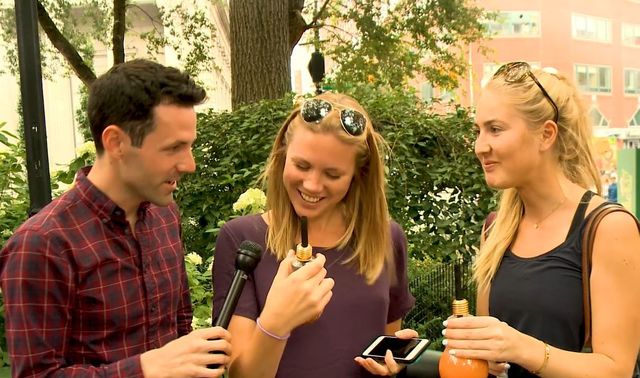 What do people around the world really think about Ireland? It's a tricky question. One Irishman decided to take to the streets of New York - where better? – to find out.

This summer, Colm Flynn, a presenter and producer for RTÉ One and the BBC, headed to New York's Union Square and Times Square to ask people what they knew about and associated with Ireland.

The results were interesting, to say the least!

In this five-part miniseries published to IrishCentral's Facebook page every Wednesday from October 18 - November 15, we'll hear what people had to say on everything from Irish men and women, to the famine, to their Irish ancestry, to beer (that ubiquitous association), to whether passing through Dublin Airport counts as visiting Ireland, to... where exactly Ireland is on the globe.

Below you can watch 'Talkin' bout Ireland,' Episodes 1 - 4

What do people REALLY think about Ireland (country)? Colm Flynn took to the streets of New York, New York to find out, and the results were interesting, to say the least

Posted by IrishCentral.com on Wednesday, October 18, 2017

Colm Flynn is back with the second episode of Talkin 'bout Ireland! This week: Cute Irish boys and bad Irish accents

Posted by IrishCentral.com on Wednesday, October 25, 2017

Talkin' bout Ireland, episode 3: Why do we have such a rowdy r...

Why do the Irish have such a rowdy reputation? Colm Flynn seeks to understand in episode 3 of Talkin' bout Ireland

Posted by IrishCentral.com on Wednesday, November 1, 2017

It's time for Talkin' bout Ireland, Episode 4 with Colm Flynn! What do New Yorkers think about Ireland? Well, for one, Irish weddings are WILD.

What things do you immediately associate with Ireland? Do any of the replies surprise you? Tell us in the comment section.