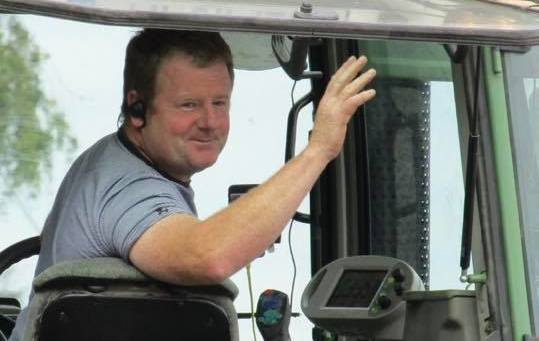 Irish farmer Paddy Kennedy, a native of Co Carlow, has claimed a bizarre yet typically Irish world record: the longest journey reversing a tractor and trailer.

On August 5, Kennedy drove backwards from Carlow IT to his local GAA club for his record setting journey. The jaunt was part of a fundraising effort in partnership with his local GAA club, the Mount Leinster Rangers, to benefit three charities, The Mount Leinster Rangers Field Development Fund, The Irish Cancer Society and The Kevin Bell Repatriation Trust. Supporters were able to obtain sponsorship cards to benefit the charities, and are still welcome to make donations online.

Kennedy was kind enough to share his entire experience via Facebook Live, which ended up being well over 2 hours and attracted some 600 viewers. The videos were later played back in Kennedy’s local pub where all those involved celebrated the successful attempt.

His entire journey was about 30 km, or roughly 18 miles, and was aided by volunteers and local police to get him through some of Ireland’s notorious rocky roads.

“Whenever I could I pulled in to let the traffic pass but in parts especially some bridges which were tricky,” said Kennedy. “The traffic was back a mile on the road until I was able to maneuver the trailer and pull up again.”

“I took it in my stride,” said Paddy when asked about the difficulty of it. “All tractor drivers should be able to back a trailer.”

Kennedy drove the route straight throw except for stopping for a bit of stretching; the dairy farmer lost one of his legs years ago in a farming accident.

Though unconfirmed as of yet by Guinness World Records, Kennedy has likely claimed the record since the previous winner was by Patrick Shalvey of Cavan in 2017 when he traveled 20.16 km (12.52 mi).