The saga of Sam, the Trinity College Dublin fox, has another exciting update! 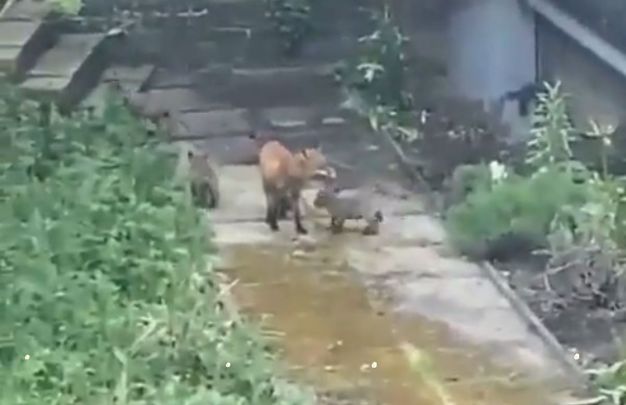 Sam, the Trinity College Dublin fox, who became a star early on in the pandemic for her casual wanderings of Grafton Street, has welcomed her five cubs into the world.

Trinity College Dublin confirmed the "exciting news" this week that Sam the fox has given birth to five cubs.

The college shared one student's video of Sam and her cubs on the Dublin City Centre campus:

Exciting news we've all been waiting on... the fox cubs have arrived, five we think. Congrats #TrinityFox🦊 Sam & Prince 🎉🥳🎊. Huge thank you to student, Michael Gilna for sharing this amazing video with us. pic.twitter.com/XGiGa92bQ8

TCD zoologist Collie Ennis, who has been tracking Sam, told The Irish Times, “It’s wonderful news. It’s always nerve-wracking. Nature can be quite cruel. She shouldn’t even be with us.

"We are delighted in the college. It will lift everybody’s spirit because it has been a very long year."

Brave Sam, who is only about two years old, has already battled off a case of mange and survived after being struck by a bus.

Earlier this year, Ennis had chronicled the courting that occurred between Sam and two male foxes, Prince and Foxy Montana. In the end, it was Prince who won out.

Foxy Montana just got the arse torn off him by Prince. Legged it out the back gate with his tale between his legs.
Exciting times!

Sam rose to prominence in April 2020 when she was spotted going for a stroll around Dublin's Grafton Street, which was eerily quiet due to the lockdowns.