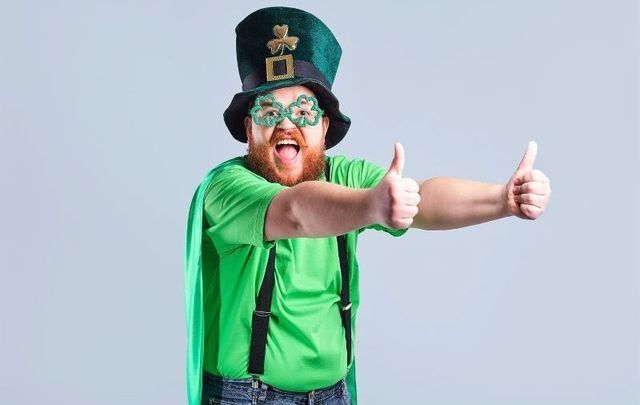 Evidently, the Irish have a knack for strange births and long lives. Getty

Some of these strange Irish facts would have made the Guinness Book of World Records for sure.

1. The Annual Register for 1760 reported the death of a 117-year old Cork man, James MacDonald. Not only did MacDonald’s old age gain him notoriety, but his staggering height of 7’6 at his prime allowed him to tour as a giant.

2. In the winter of 1974, a young pregnant woman entered a maternity home in Trim, Co Meath to prepare for the birth of her third child. A lump on the child’s head while in his mother’s womb puzzled both doctors and nurses until the child was born when it was revealed that the so-thought “lump” was, in fact, the cap of a Guinness stout bottle. The mother commented, “I must have swallowed it,” offering the only known explanation for the medical oddity.

4. Daniel McCarthy of Co. Kerry married his fifth wife, who was aged 14 when he was 64. The couple led a happy marriage for another 27 years and bore an astonishing 20 more children before McCarthy’s death in 1752.

5. In the July 1731 issue of The Gentleman’s Magazine, it was reported that Belfast native Jane Hook, then aged 112, had “all her old stumps drove out by a new set of teeth; which were more welcome, because the account affirms her appetite, and other faculties are as good as when she was but 20.”

6. The oldest Irish mother on record is Mrs. Mary Higgins of Cork, who was 55 years and 69 days old when she gave birth to her daughter in 1931.

7. The Gentleman’s Magazine reported in October 1737 that Andrew Newton, then aged 117, was wed to a woman who was 19 years old. She was reported to be “big with child by him.” Newton already had a son who was at least 80 years old, and was described as “hail and hearty as any man of 50”

8. Turlough O’Donnell, The Lord of Tyrconnell, died in 1423 leaving behind 14 sons birthed to 10 different women. He had 59 grandsons.

9. Two Tipperary widowers, one 69 and one 63, entered into a unique pact in 1769 - they each married each other’s 18-year-old daughter.  The families merged and lived together under one roof and encouraged each other to procreate by betting 100 guineas to be paid to whomever’s wife gave birth first and made the other a grandfather.

10. Philip Yeomans spent nearly two decades looking for his long-lost sister - who lived right down the road from him. Philip was placed in the care of his aunt at birth and upon her death, he spent the next 22 years searching for his sister, traveling 20,000 miles and spending 5,000 on travel. After Philip’s girlfriend Judith Woodward mentioned her partner’s epic search in passing to coworker Mary Sammons, Mary realized that she herself was Philip’s long-lost sibling. “We met and got on like a house on fire,” said Mary of their meeting.