Fungie has been missing and presumed dead since October, but new footage of a leaping dolphin in Galway Bay has fueled speculation that he has found a new home. 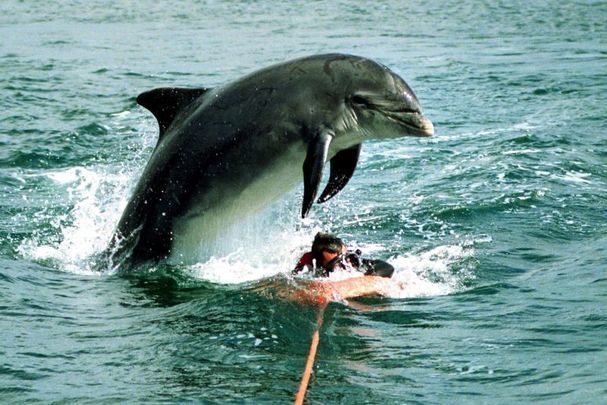 Spectacular footage of a leaping dolphin off the coast of Galway has fueled speculation that iconic Dingle dolphin Fungie could still be alive.

The iconic bottlenose dolphin disappeared from Dingle Bay last October, leading experts to claim that he had either died or moved away from the harbor he called home for 37 years.

However, some social media users now think that Fungie is living off the coast of Galway after Steve Sweeney captured stunning footage of a solitary dolphin leaping more than 10 feet into the air beside a small boat on Sunday.

"This is very like fungi... can we tag the Relevant people to confirm if it is our isn’t? Fingers crossed it is," one social media user said.

"That is a big Dolphin! Has anyone said it is not Fungie? Someone who knows something about this," said another.

Others said that the dolphin looked too young to be Fungie, who was estimated to be at least 40 years old when he went missing last October - a Guinness World Record for a solitary wild dolphin.

While it is unlikely that Fungie is still alive, Dr. Simon Berrow of the Irish Whale and Dolphin Group provided a "glimmer of hope" last October that the famous dolphin had simply moved to a new location.

Berrow has been studying dolphins in the Shannon Estuary for almost 30 years and said that his team has discovered at least two dolphins who were thought to be dead in new locations in Tralee and Brandon.