World Hello Day: How to say "Hi!" like the Irish

It's probably no surprise that the land of 'Cead Mile Failte' has plenty of ways to say 'Hello!' 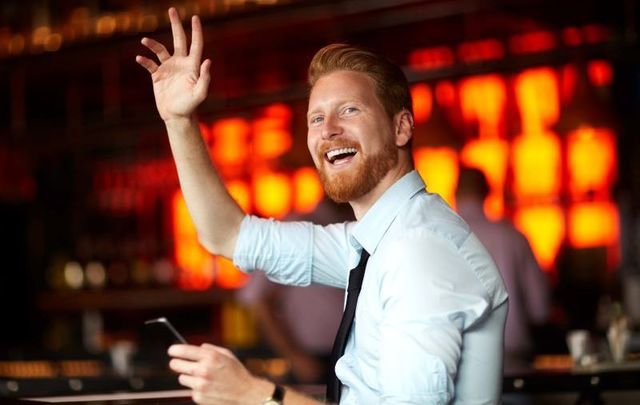 November 21 is World Hello Day, so what better way to pick up a few new greetings than from the nation of 'Cead Mile Failte'?

We've all heard of the 'Irish Exit,' but what about an Irish hello? Leave it to the Irish and all their 'Cead Mile Failte' to have no shortage of ways to say "hello!"

November 21 marks World Hello Day, a secular holiday observed annually to express that conflicts should be resolved through communication rather than the use of force. Participants verbally greet ten people or more on that day as an expression of the importance of personal communication in preserving peace.

The Irish greeting can be a confusing one for the tourist or traveler, who often don't understand the phrases for hello in Irish slang. Nevermind how to say an Irish greeting in Gaelic, it's hard enough to get around the Irish greeting hello when it's being said in English.

The wonderful world of spoken English in Ireland once again imposes itself on the daily greeting. Different folks, as you quickly learn, will say hello in different ways. Here's a look through at the various phrases for the Irish greeting for hello:

How goes the battle?

Young lads, having fun with each other.

How in the name of Jaysus are ya?

Usually asked with concern, after a night drinking, perhaps.

How the hell are you?

After you’ve been ill, first appearance back.

When you haven’t seen someone for a while.

How’s it going there?

Usually to a stranger.

As in, what the feck was going on last night?!

Read More: Irish words and slang to learn before you visit Ireland

Did we miss any - how to you say hello? Let us know in the comments!