What are the top unbreakable rules of an Irish pub? Funny laws of Irish pub culture

Don't want to stick out to obviously as a tourist in an Irish pub? Think of these as the ten commandments of Irish pub culture and you won't go too far wrong. 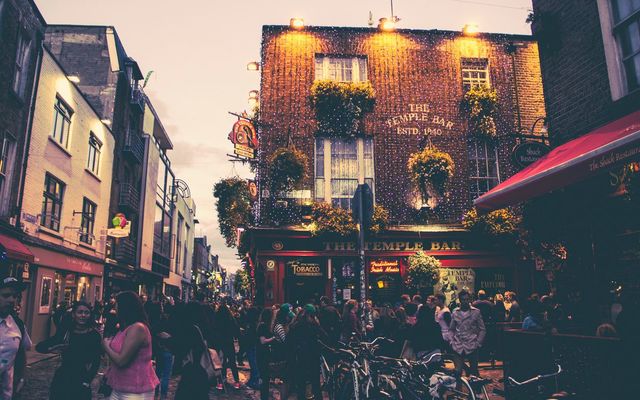 Irish pub culture has some pretty strong etiquette rules and laws from how to order and what drinks to order to what to wear. iStock

These funny pub rules should make sure you don't go breaking Irish pub etiquette and make you a few new friends along the way.

A popular pub in Dublin’s list of rules of an Irish pub went hugely viral with over 1.2 million views on the site, Imgur. The bar, the Merry Ploughboy in Rathfarnham, is a lively spot, popular with tourists and with plenty of live music on offer. The pub keeps its clientele in line with these ten – some sensible and some hilarious – rules and laws that should never be broken unless you instantly want to stick out as a tourist.

Of course, there are the rules that anyone in the bar trade will know, such as don’t get too rowdy at the bar, don’t ever click your fingers to get your server’s attention and so on, but our favorite on this list is number three:

“Persons drinking a pint of Guinness before it has fully settled will be immediately barred.”

Saw in an Irish pub

We fully support this move. Here’s the text, in case you want to take notes.

Rules of an Irish pub:

1. Buying someone a drink is five times better than a handshake.

2. If someone offers to buy you a drink, do not upgrade.

3. Persons drinking a pint of Guinness before it has fully settled will be immediately barred.

4. Anyone on stage or behind the bar is 50% better looking.

5. Telling lies is unacceptable, you may however grossly exaggerate.

6. If there is ever any confusion, the fuller beer is yours.

7. If you hesitate more than three seconds after getting the barman's attention, you do not deserve a drink.

8. If you buy a woman a drink and she refuses, she does not like you.

9. If you buy a woman a drink and she accepts, she still may not like you.

10. Girls hang out, apply make-up and have long talks in the bathroom. Men do not.