The British monarch politely declines to become involved in the politics of Northern Ireland. 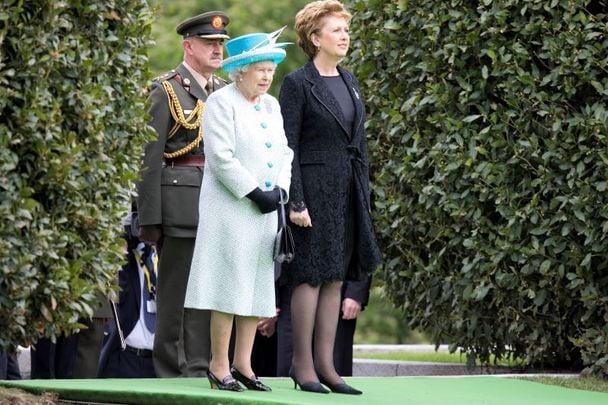 The Queen of England has politely declined a young Irish student’s request that she return the six counties of Northern Ireland to the Republic.

Twelve-year-old Reese Kilbride from Portmarnock, Co. Dublin, wrote to Queen Elizabeth in February 2016 after learning about the 1916 Easter Rising, the continued struggle for independence after the Rising, and how it all eventually led in the country’s partition with the Anglo-Irish Treaty in 1921.

Concerned that the British had failed to return a United Ireland, the sixth-grade student took it upon himself to go straight to the person he thought would be able to sort it out – the Queen herself.

"They had the six counties, they didn't give back all of Ireland – so I thought they should give it back", Reese told Irish radio station Newstalk at the time.

To ensure Queen Elizabeth knew there were no hard feelings about what must surely have been some oversight or a small administrative error (if only!), Reese finished off his letter by drawing a picture of himself and his friend Evan accompanying the British monarch.

Reese’s mother, Fiona Dowling, stated that the family is not political and when Reese informed her of his plan, she simply advised him to be polite and that he should probably not expect a response.

“I thought it would hit the shredder immediately given the amount of correspondence she receives,” she said.

The 89-year old monarch, or at least her team, were underestimated, however, and responded on official Buckingham Palace letterhead. Reese received a polite and kind response from the Queen in which she declined to become involved in the political matter.

“I told him not to expect a response as she is a very busy lady so you can imagine my reaction when I saw a letter arrived addressed to my son from Buckingham Palace.”

"There was a letter open on the counter and it looked (like) nice paper and...looked official and the next minute I saw the Buckingham Palace logo – and to be honest with you I found it quite hysterical," his mother told Newstalk.

Dated April 1, and signed by the Queen’s Deputy Correspondent Jennie Vine, the letter thanks young Reese for sharing his views but explains that the Queen remains “strictly non-political at all times.”

Reese's drawing also received a special mention and a thank you.

"The Queen has asked me to thank you for your recent letter in which you wished to tell Her Majesty that you have been learning about the history of the Easter Rising 1916.

"While it was thoughtful of you to let The Queen know of your views, I must explain that this is not a matter in which Her Majesty would intervene.

"As a constitutional Sovereign, The Queen acts on the advice of her Ministers and remains strictly non-political at all times.

"Her Majesty has asked me to thank you for the pictures you drew especially for her, and I would like to send you and your family my good wishes at this time."

Read more: Northern Ireland could be “duty bound” to ditch “God Save the Queen” anthem