The "horrendous" children's book "Peppa Pig: Peppa Goes to Ireland" follows the titular character and her family to Ireland as they attend an Irish dancing competition. 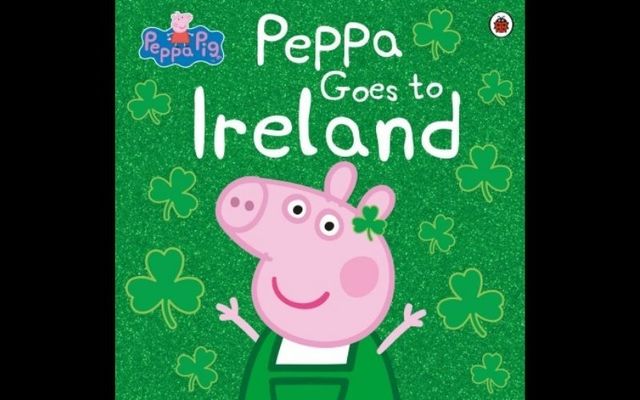 "Peppa Pig: Peppa Goes to Ireland" was published in 2021. Penguin

Irish parents have slammed the children's series "Peppa Pig" over an "offensive" book that sees the characters travel to Ireland.

Released last summer, "Peppa Pig: Peppa Goes to Ireland" follows the titular character and her family to Ireland as they attend an Irish dancing competition.

According to publishers Penguin, the book "is the perfect introduction to Ireland for little Peppa fans."

However,  the book includes no Irish characters and features a number of Irish stereotypes, such as the family purchasing tin whistles, fiddles, and an accordion for the trip.

"I read this to my daughter at bedtime. It features no Irish characters, just English characters enjoying themselves in Ireland, thus reinscribing 800 years of colonialism. Might call Liveline about it tomorrow," Power wrote on Twitter

I read this to my daughter at bedtime. It features no Irish characters, just English characters enjoying themselves in Ireland, thus reinscribing 800 years of colonialism. Might call Liveline about it tomorrow pic.twitter.com/E2KDdzpjPm

Although Power was joking, his tweet struck a chord with several Irish parents who had read the book to their children.

"I never do this with books but I put it in the bin IMMEDIATELY after reading it. I would have put it in sooner but the kids spotted it. It is horrendous," one enraged parent wrote on Twitter.

Another Twitter user wrote that the book essentially depicts Ireland as a "diddly-eye theme park", while another labeled the book "horrendous".

"This is exactly the book I'd have gotten for my girls ahead of taking them home to Limerick for Paddy's, thank you for saving me money. Wtf is wrong with these people?" Another Twitter user said.

While Power's jokey criticism of Peppa in Ireland has gone viral this week, it turns that RTÉ Junior has embraced Peppa Pig in recent months, facilitating an Irish language version of the children's program:

You can now watch Peppa Pig as Gaeilge on RTÉjr! Weekdays at 7:05am🥳📺#Gaeilge #PeppaPig #RTÉjr pic.twitter.com/PvSeiihNLC