Award-winning photographer Ross O'Callaghan is calling on Irish people at home and abroad named Patrick, Pat, or Paddy to take part in the project that challenges the stereotype of a "Paddy Irishman". 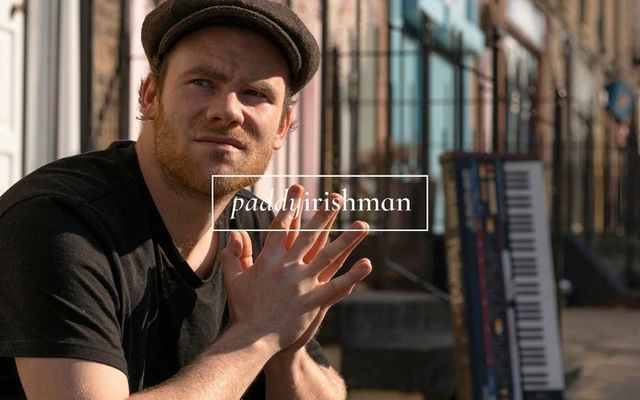 A new photography project plans to showcase the diversity of modern Irish men in an attempt to capture what it's like to be an Irish male in contemporary Ireland.

Award-winning Irish filmmaker and photographer Ross O’Callaghan is looking for Paddy Irishmen at home and abroad to take part in the project and hopes to bring it to a gallery in New York for St. Patrick's Day next year.

O'Callaghan will be photographing Irish people called Patrick, Pat, or Paddy as part of the project in an attempt to challenge the stereotype of a "Paddy Irishman".

O'Callaghan, who worked with U2 in the early days of his photography career, has filmed in hundreds of countries across all continents and has helped produce commercials, documentaries, sports, reality and lifestyle programming for RTE, TG4, BBC, UTV, Channel 4, NBC, SKY, HBO, and MTV.

The Irish photographer said that he has lost count of how many times he's been called a "Paddy" while traveling the world and has created the project to challenge the stereotype.

"This is a study of Irish men called Paddy from all walks of life through the medium of portrait photography," O'Callaghan said.

"I want to tell the story of Ireland’s oldest and youngest Paddy, of Paddy the farmer, the celebrity, the binman, the Paddy from abroad who has settled in Ireland or who has an ethnic heritage and identity. I want Paddy the activist as well as Paddy in prison, the traveller, the diplomat, the local legend and – if we can find him – Paddy the Drag Queen. It could also be Paddy Irish Man who’s now Paddy Scotsman – someone born in Ireland who is now living abroad."

The formal and stylised portraits will be taken in an environment that captures something of Paddy’s life story with quirky or surprising detail, and accompanying short interview pieces will give an insight in the participant’s own words.

Anyone named Paddy, Pat or Patrick, Padraig, Padraic, or any other variant of the name Patrick interested in getting involved are invited to get in touch by emailing ross@paddyirishmanproject.com or by tagging @PaddyIrishManProject on Instagram. Applicants should include a few introductory lines about themselves and can also include a photograph or video.