Which Irish celebrities would you want to party with on St. Patrick's Day? 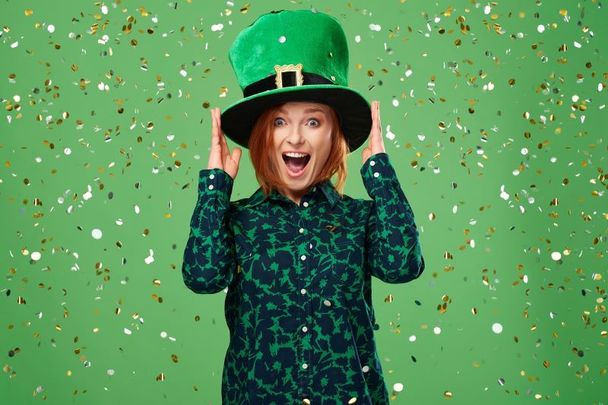 Who would you like to celebrate with on St. Patrick's Day? Getty Images

The Irish certainly know how to throw a party and enjoy the craic. So which Irish personality would you invite to your St. Patrick's Day celebrations?

A recent poll from the online gaming site Rainbow Riches Casino asked 1,229 adults which Irish celebrities they would most like to party with on St. Patrick's Day. The survey produced some surprising answers.

Who would you invite to your St Patrick's Day party?

The celebrity that took the top spot was Mrs. Brown from the sitcom "Mrs. Brown's Boys."

The hugely popular alter ego and creation of comedian Brendan O’Carroll left a whole host of Irish celebrities in her wake, earning a whopping third of the votes.

Meanwhile "Peaky Blinders" star Cillian Murphy only received 9 percent of the vote; "Belfast" actor Jamie Dornan got a low 7 percent, and Niall Horan and Saoirse Ronan both got a measly 2 percent each. 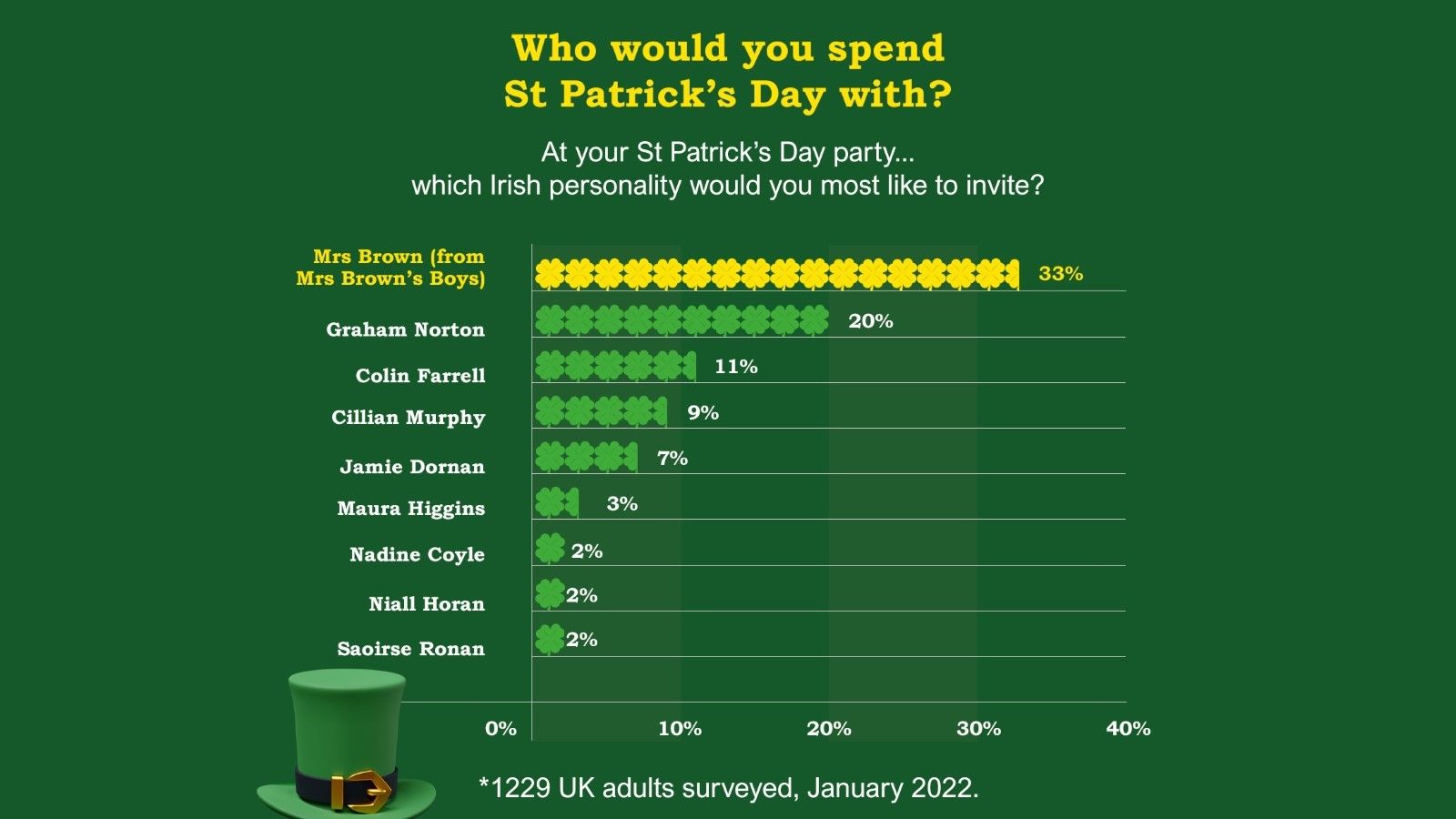 The survey participants were also asked what band they would love to have played at a St. Patrick's Day party.

Westlife took the top spot with 17.5 percent of the votes, while The Script were the favorite choice of a very close 17 percent of those surveyed.

U2 came in third with 16 percent, and Indie favorite Snow Patrol came in fourth place with 12 percent.

The Pogues and The Corrs received 11 percent each, while Boyzone came in last with only 8 percent of the vote. 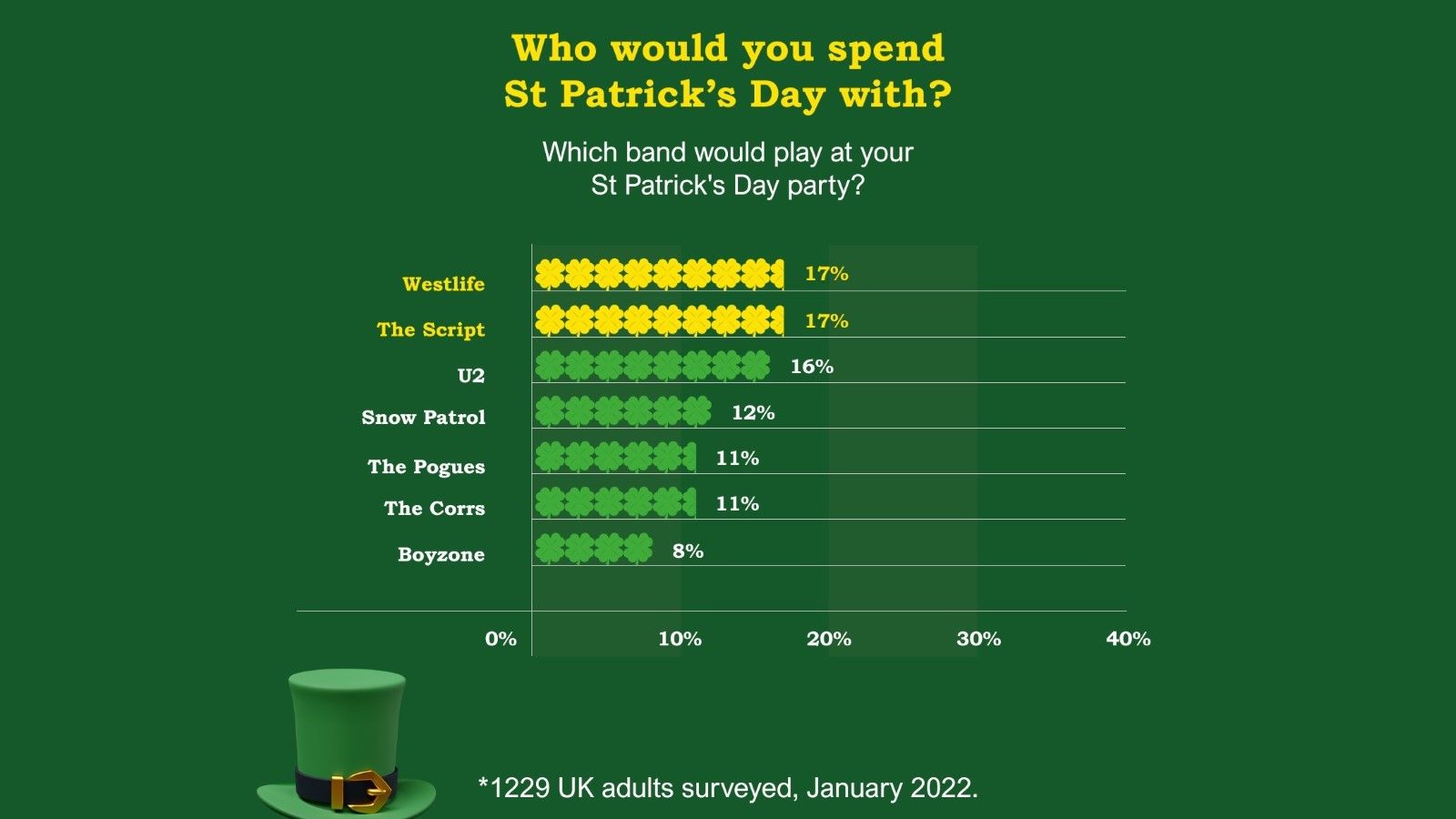