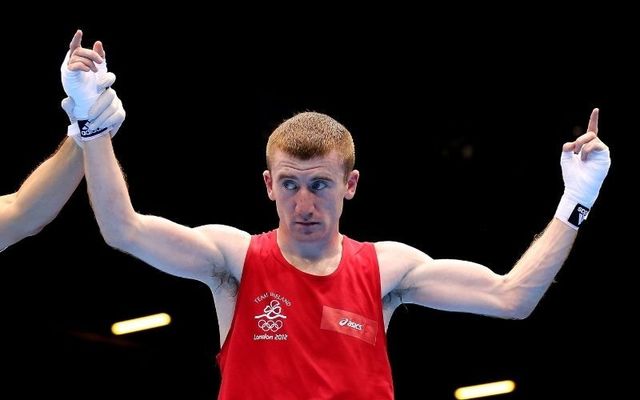 Barnes, who won bronze in light flyweight boxing at the 2008 and 2012 Olympics, jokingly offered to fight Morgan for his two bronze medals.

"Piers, I'll fight you for my Bronze medals," Barnes said on Twitter in response to a viral tweet from the controversial TV host.

Piers, ill fight you for my Bronze medals. https://t.co/atyFeEbJ1b

Morgan initially claimed that Olympics bronze medals were not "worthy of national celebration" during a Twitter debate with English soccer presenter Gary Lineker.

"It's great to see @TeamGB athletes win Gold medals, not least so we can stop pretending Bronze is an achievement worthy of national celebration," Morgan wrote on Twitter.

Twitter users were quick to point out that finishing third in the world in any given sport is an achievement worthy of celebration.

"I think being 3rd best out of 7 billion people is pretty damn good," one Twitter user said in response to Morgan.

Morgan previously came under fire for accusing American gymnast Simone Biles of letting down her teammates, fans, and country for choosing to withdraw from the Olympics on mental health grounds.

The TV host described Biles's decision to withdraw from the Tokyo games as "selfish" and chastised the "woke mob" who congratulated her bravery to put her mental health first.

"What exactly is so courageous, heroic or inspiring about quitting on your team and country in an Olympics?" Morgan wrote in his column earlier in the week.