This "two ingredient" mashed potatoes recipe was mocked by the public after it was posted on social media. 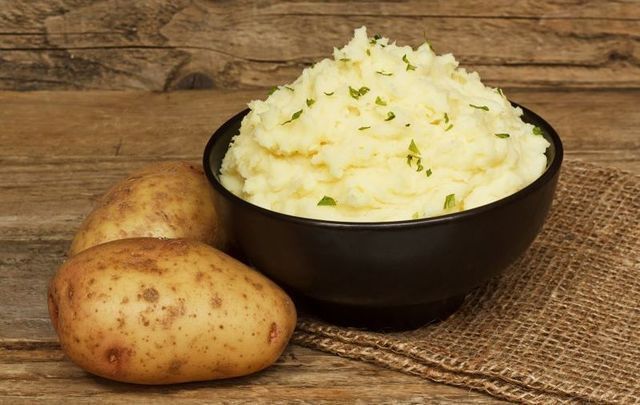 The New York Times was mocked on social media for tweeting a "two-ingredient" mashed potatoes recipe with four ingredients and—worst of all—no butter.

While many Twitter users called out The New YorkTimes for the inaccurate ingredients count, others called the recipe "an abomination" for its lack of butter.

The recipe was first shared by the newspaper two years ago and calls for two pounds of russet potatoes, a quarter cup of sour cream, salt, and pepper, reports The Daily Mail.

"These mashed potatoes may be the simplest Thanksgiving side there is," the Times tweeted.

These mashed potatoes may be the simplest Thanksgiving side there is. https://t.co/eSZkaXqEnI pic.twitter.com/zS9N21dlXg

No butter you heathens???

This is SWILL. No butter? Nonsense.

For a mashed potatoes recipe WITH butter, check out the below from Bordbia.ie.

Place the potatoes in a large pan of salted water. Bring to the boil, then cover and simmer for 15–20 minutes, until the potatoes are tender without breaking up. Drain and return to the pan over a low heat to dry out.

Mash the potatoes or pass them through a potato ricer or vegetable mouli if you want a really smooth finish. Heat the milk in a small pan or in the microwave. Using a wooden spoon, beat in the butter until melted, then beat the warm milk into the potatoes until you have a smooth, creamy mash. Season to taste with salt and pepper and serve at once garnished with the snipped fresh chives.