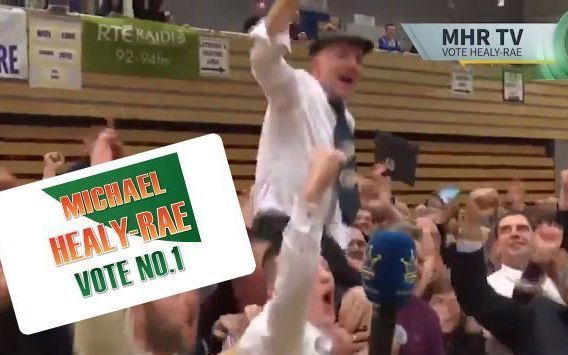 Michael Healy-Rae has released a campaign video ahead of the upcoming general election which seeks to take advantage of the new way wave of popularity surrounding the Irish folk song 'Come Out Ye Black and Tans.'

The Independent TD's video, posted on his Facebook and Twitter accounts, shows the Kerry-native addressing his constituents, speaking at Leinster House and speaking at rallies.

The video features reworked lyrics of the Wolfe Tones' famous tune, claiming that "he's an independent man who'll always do the best he can and never let big parties push him over."

The song's refrain asks for constituents to "vote for the main man from Kilgarven."

I don't know why...but this song has been stuck since last week.... well here it is, our election song 🤣

Healy-Rae has been serving in Leinster House since 2011 and he topped the polls in Kerry in the last election in 2016, easily reclaiming his seat as he was elected with his brother, Danny. He is expected to do so again in February and is an odds-on favorite with the bookies to be reelected.

The Kerry TD has been no stranger to controversy, however, and was the subject of widespread public ridicule in April last year when he launched an extraordinary defense of former FAI chief executive John Delaney during an Oireachtas Committee.

Healy-Rae was derided for using the three minutes afforded to TDs to ask questions to instead say that Delaney "would receive the mother of all welcomes" if he ever went to Kerry.

The underfire TD has since retracted his comments and has now made use of the newly-popular folk tune to showcase all the good he has done.

'Come Out Ye Black and Tans' has risen to social media prominence on several occasions over the past 12 months, first capturing public interest in March last year when it appeared on Alan Partridge's BBC show 'This Time.'

More recently, the song briefly hit the top of the UK and Irish iTunes charts earlier this month in response to the government's plans to commemorate members of the RIC in Dublin Castle.

A reworded version of the song also featured on a television advertisement for an Irish ham company throughout 2019.