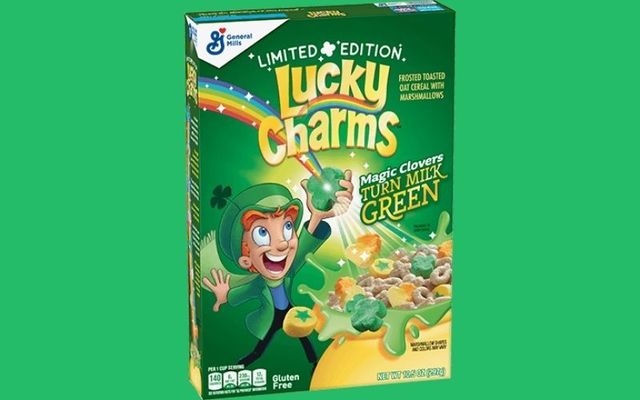 “Chase down new limited-edition Lucky Charms with clover charms that will magically turn your milk green!," says General Mills, the makers of Lucky Charms cereal. "Get them this St. Patrick’s Day season before they disappear!” 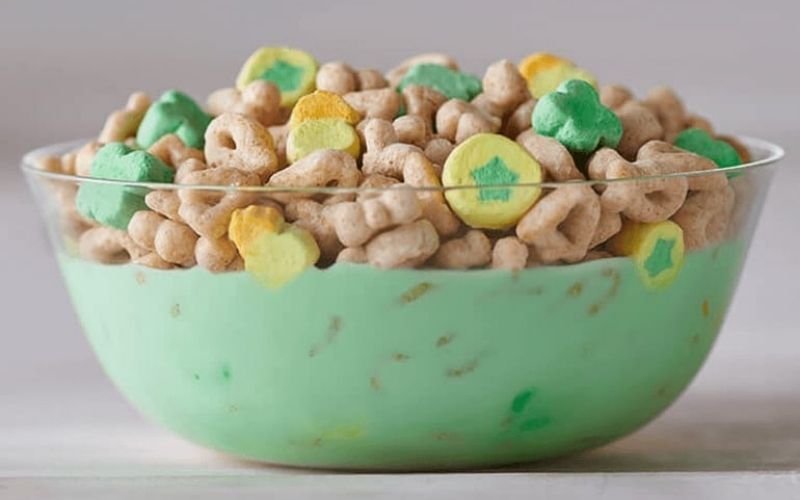 Lucky Charms cereal first debuted in the US in the 1960s. The magically delicious cereal was the brainchild of product developer John Holahan, who developed the original prototype based on Cheerios cereal pieces and chopped up pieces of his favorite candy – Circus Peanuts.

In 1964, Lucky the leprechaun hit the market with "one of the most expensive advertising roll-outs to that date featuring full-color ads in Sunday comics and comic books plus animated ads featuring the charmin’ leprechaun.”

As for Lucky's backstory - "Somewhere over a rainbow in a magical forest lives a clever, playful, and mischievous leprechaun named Lucky.

"His father was a wise man and knew it was Lucky’s destiny to bring magic from his world to the real world. He placed eight magical charms in Lucky's hands as a way of protecting him along his journey and told Lucky to respect their magical powers and others he may encounter along the way.

"As his legend grew, children everywhere coveted Lucky's magical charms, and hundreds of games of hide and seek ensued.

"Today, Lucky outwits and outsmarts those pesky kids, discovering (and losing) his magical charms, always with children hot on his heels."