Maureen Tara Nelson boasts more than 20 years of experience in making love connections and will meet with legendary Irish matchmaker Willie Daly during a three-day visit. 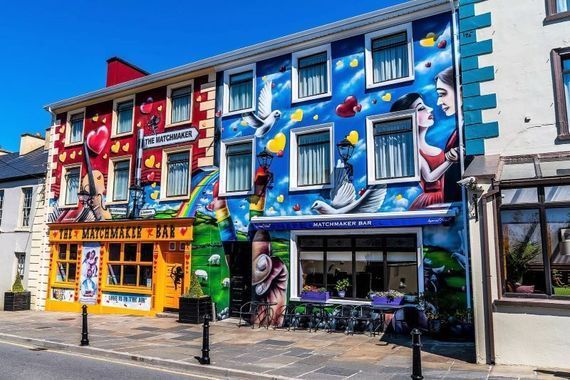 Nelson, the President and founder of MTN Matchmaking, boasts more than 20 years of experience in the industry and will meet with legendary Irish matchmaker Willie Daly during a three-day visit to Lisdoonvarna.

"I am in awe of the career he’s had in traditional Irish matchmaking," Nelson said of Daly. "He’s the last of a breed and truly a living legend.

Nelson, who has successfully matched more than 1,000 couples in the Tri-State area, told IrishCentral that she was excited to experience Lisdoonvarna's "old-world style" of matchmaking.

She described herself as an "old school" matchmaker, adding that Daly inspired her not to use a computer system of any kind to make a match between people.

"While it would be much faster if I gave into technology like many of my colleagues, that would not feel right to me because I would not consider it "honest" matchmaking," Nelson told IrishCentral.

"In addition to my hand-selected matches, my intuition often plays a part.  During the initial interview, I write down the name of the person that I believe will be most compatible with them. So far my intuition has never failed me and it has always been on target to the point that the couple is, in fact, compatible."

She called on future traditional matchmakers to try and blend the past and present to create matches, encouraging a merging of human interactions and new technology.

"There’s nothing wrong with technology if you incorporate it the right way.  Staying in touch and being a responsible communicator is very important in any relationship and technology can help with that.  However, relying on technology alone to pursue a relationship is going to have serious flaws."

Nelson said traditional matchmaking festivals like Lisdoonvarna continue to attract crowds in the age of dating apps such as Tinder and Hinge because they involve face-to-face interaction.

"Singles want to make that connection in person, and they are tired of hiding behind their phone screen or their laptop.  I think one positive thing that came from the pandemic was that it made people value face-to-face interpersonal communication once again."

The 2022 Lisdoonvarna Matchmaking Festival began on September 2 and will run until September 30. Nelson will visit the festival from September 22-25.

The Irish name so nice it one mother used it twice - for her twins!