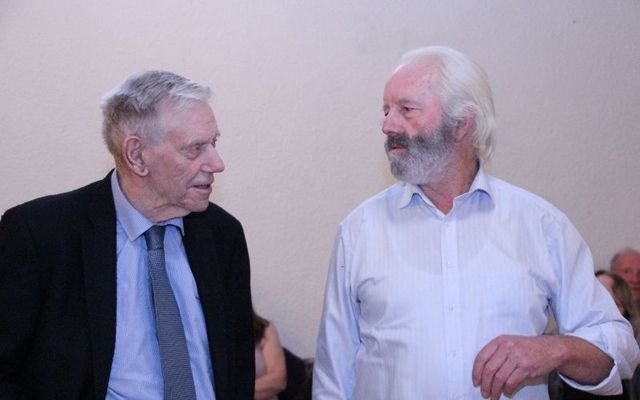 A 97-year-old bachelor farmer from Tipperary who attended the Lisdoonvarna Matchmaking Festival every year for 72 years has died without ever finding his soul mate.

Mick Bourke began attending the iconic festival in 1946 at the age of 23 and never missed a year until poor health forced him to miss the festival in recent years.

The farmer, who is from Borrisoleigh in County Tipperary, died last week after contracting pneumonia.

"Mick was well known and loved by many in Lisdoonvarna and messages of sympathy have been pouring in all week to us, via social media," said Julie Carr, Marketing Manager of Lisdoonvarna Matchmaking Festival.

"People are speaking of his warmth, his sense of fun and his razor-sharp dancing skills. He was a legend in Lisdoonvarna and he never gave up hope of finding love in over 70 years."

Daly, who has been a matchmaker at the festival for over 50 years, said that Bourke was very popular among the ladies at Lisdoonvarna despite never marrying.

"He never married, the problem was he too good looking, all the girls liked him and it wasn’t easy to choose one and leave the rest," Daly said.

Bourke's niece Catherine, who lives in the US, said that his times at the festival were the happiest moments of his life and that he immediately fell in love with the music, dancing, and atmosphere in the Clare town.

Bourke once spoke of his experiences at the festival, stating that he amassed countless phone numbers over the years.

"After that [first experience] I was hooked, and have been coming back every year since, still hopeful I will meet someone. I never married.

"I used to go home with a pocketful of phone numbers – this was my fodder for the winter."

He said that he encountered a lot of American women at the festival throughout his time there who were interested in meeting a rich Irish farmer. However, he believed that the remote location of his farm ultimately put a lot of women off.

The Lisdoonvarna Matchmaking Festival was cancelled for the first time in its 165-year history this year due to the pandemic, but appears set to return next September with organizers already booking live music acts and DJs for Ireland's most famous matchmaking festival.