The Clarke family has already been in touch with the Guinness Book of World Records. They all lived to be 100 years old. 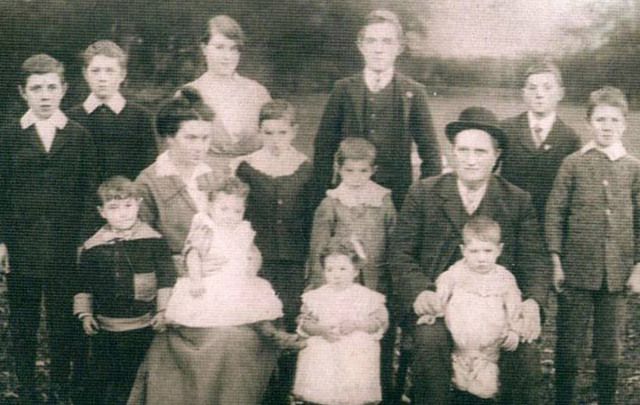 Editors Note: Today, Siblings Day (April 10), honors the relationship between siblings. Unlike Mother's Day and Father's Day, it is not federally recognized, though the Siblings Day Foundation is working to change this. Since 1998, the governors of 49 states have officially issued proclamations to recognize Siblings Day in their state. From its American beginnings, the observation has become international, spreading as far as India and Australia.

In light of the day that's in it, we decided to take a look back at these incredible brothers and sisters from Galway.

Six members of a single family from Loughrea in County Galway have all lived to turn 100 years old! The Clarkes first came to prominence in 2014 after the fifth of the six centenarians, Madge Fanning, turned 100.

Now that her younger sister, Sheila Burns, has also reached the milestone birthday the family is contacting the Guinness Book of World Records to update them that there is another Clarke centenarian.

The Clarkes were all born towards the tail end of British rule in Ireland; the eldest, Joe, turned 100 in 2001 and his siblings Charlie, Pat, Jimmy and Madge followed in 2002, 2003, 2006 and 2014 respectively. Seven other siblings predeceased them.

Their longevity could be inherited from their mother who lived to the ripe old age of 101. Madge’s son Joe revealed to TheJournal.ie that his grandmother was a firm believer that “everything in moderation is good for you” and had 79 grandchildren at the time of her death.

All have lived hugely divergent lives that spanned the most tumultuous century of Irish history.

Charles Clarke, born in 1902, was arrested by the Black and Tans in 1921 during the War of Independence and was detained in the Curragh for a year. After his release, he joined the new Free State’s police force, An Garda Síochána, and was awarded the check all Irish centenarians receive on their milestone birthday by the Garda Commissioner in a special ceremony.

Brothers Joe and Pat both reached 101 and James, nicknamed Jimmy, immigrated to the US in 1927. “He left and Hubert, his brother followed. They knew that the small farm they had in Galway could not sustain the whole family so they did what many people did and left. Jimmy died in New York four months before his 103rd birthday.”

Sister Madge moved to the coastal village of Skerries in rural north Dublin in 1937, setting up a shop by the sea with her husband James.

The youngest of the brood, Sheila, did not go far – to Portumna in east Galway where she opened a butcher's and groceries store.

For the past eight years, she has lived in Portumna Retirement Village and it was there that she celebrated her birthday, surrounded by close family and friends.