Not for the faint of heart, Irish comedian holds no punches in addressing the President-elects policies and attitudes. 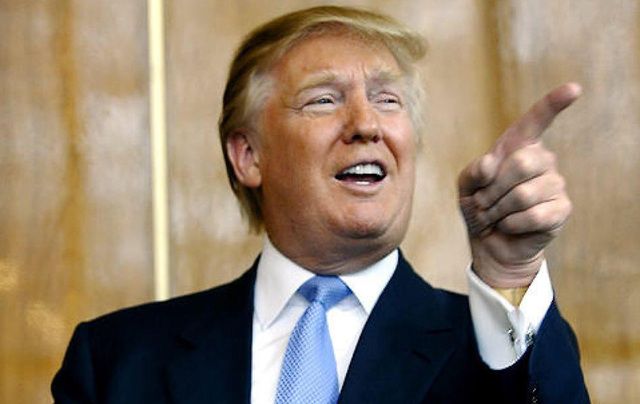 Ross Browne raps on his views about Donald Trump and his policies. Flickr

An Irish comedian’s prank phone call to the White House comments line has had close to 7 million views. Ross Browne (A.K.A Gangsta Paddy)’s rap message to President-elect Trump is far from friendly as the Cork comedian gives the soon to be POTUS a piece of his mind.

Browne recorded the voicemail after dialing through to the comment line. During his one and a half minute rap the Cork comedian addresses his concerns about Trump’s policies and attitudes.

It begins “I wanna tell you what your presidents like, he’s a complete moron and a troglodyte. He’s got fake false tan and talks absolute sh*te.”

It only gets worse. He continues saying Trump is a “complete muppets” and attacks his position on abortions and the fact the President-elect has no qualms in calling a woman “a b**ch”.

Here’s the full video. BE WARNED it contains strong language:

Of course, it could well be said that Browne is reflecting how much of Ireland feels about the election of Donald J. Trump as President of the United States, just days before he is inaugurated on Jan 20. Back in October an Irish Times / Ipsos MRBI poll found that only six percent of Irish said they would vote Republican, given the chance. While 82 percent said they would vote for Hillary Clinton.

Trump seems to be a favorite topic of the comedian, Browne. Last May he pranked Ireland’s Taoiseach (Prime Minster) Enda Kenny live on Cork’s 96fm radio station. Speaking to the Irish leader he lured him into a false sense of security by saying he was a “big fan” and then went on to say that he loves his famous catch phrase “You’re Fired!” but disagreed with his comments on the Mexicans.

Kenny being amused but pretty confused soon put the comedian to rights.

Browne apologized saying "Oh Jesus sorry, I just saw the comb-over and thought - sorry about that!"