British-Irish singer Sheeran has said he is looking for Irish dancers for a new video. 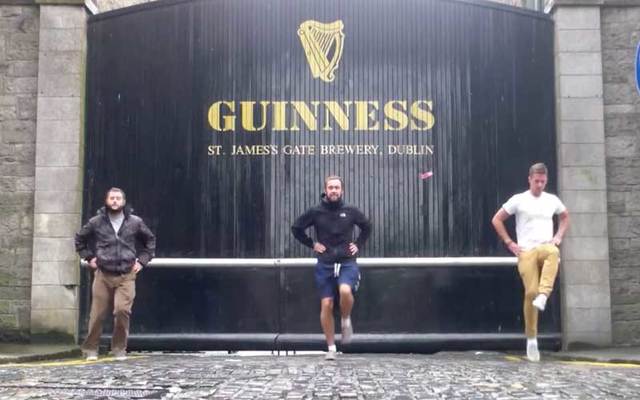 These Irish lads are dancing around the world in a bid to get the attention of singer Ed Sheeran. Facebook/The Wirld

Three Irish lads are dancing 'around the world' in an effort to get noticed by singer Ed Sheeran.

The British-Irish singer has expressed his desire to have Irish dancers in a video for a track from his new album, and this group of Irish lads want in on it.

Their video shows them dancing at various global landmarks starting with the Guinness brewery in Dublin.

The boys’ Irish dancing abilities are, um, questionable, but they make up for their lack of skill with loads of energy.

The lads jig their way through South America, passing through Ecuador, Peru, Bolivia, Brazil, Uruguay, Argentina and Chile, then stop off in Australia before heading to Asia where they dance across Indonesia, Malaysia, Cambodia, Laos, Myanmar, and Hong Kong. The last stop on the tour is London.

Their video, which was posted by Facebook page The Wirld last week, makes a direct call-out to Sheeran.

It says: "Strutting our stuff around the world to be part of the new 'Shape of You' video for Ed Sheeran."