In true Irish style the Irish had mixed emotions, hilarious reactions and observations to make about the Royal engagement 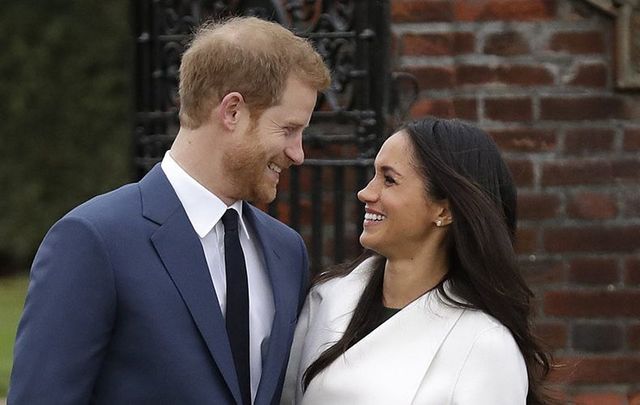 Prince Harry and Meghan Markle pose for the media after officially announcing their engagement. BBC / Twitter

In true Irish style the Irish had mixed emotions, hilarious reactions and observations to make about the Royal engagement

Love the British Royals or hate them you have to admit the announcement of Prince Harry and Meghan Markle’s engagement is the stuff of fairy tales. In true Irish style the Irish had mixed emotions, hilarious reactions and observations to make.

We would expect nothing less right!

Here are some of our favorites:

So #MeghanMarkle is actually part-Irish on her dad's side. Think we'll claim her as our own :) #harryandmeghan #RoyalEngagement

Is it possible to be both proud & jealous of #MeghanMarkle simultaneously? 😧#royalengagement #royalwedding

Read more: What Meghan Markle and Harry’s wedding will be like

Referring to when King Edward and an American Wallis Simpson got together, and the United Kingdom was launched into a constitutional crisis, journalist Sinead Ryan tweeted:

The last American divorcee to marry into the Royal family didn't end well. This one should be fine! Hopefully.#harryandmeghan

And then of course there was the Irish who spotted an opening for future Irish at Buckingham Palace!

And, of course, those Meghan Markle fans who are just a little bit gutted by this Disney fairytale ending.

So Meghan has made her choice?. I've told her, "Don't come running back to me if it all goes pear-shaped". #PrinceHarry #MeghanMarkle pic.twitter.com/WBavlwHWwd