Fearghal Kenneally penned "Biden from Mayo" as a bit of fun but soon faced a wave of right-wing conspiracy theories. 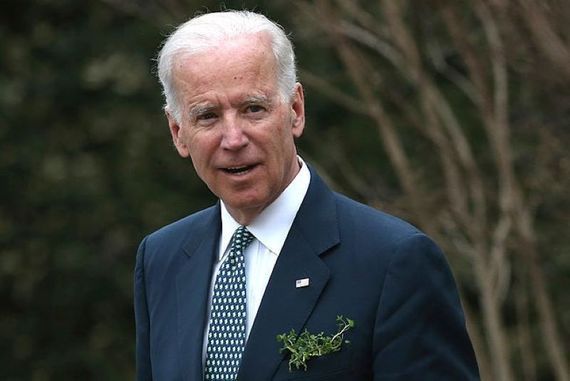 When Irish folk singer Fearghal Kenneally wrote a song about Joe Biden's presidential election victory for a bit of fun, he hoped to generate a bit of a buzz in Ireland and maybe earn a few summertime gigs in the United States. He didn't expect to generate a tirade of right-wing conspiracy theories and vitriolic abuse from Irish-Americans.

"There were no political angles to this. It was just a joke and a bit of craic," Kenneally told IrishCentral.

The Kinsale singer stayed true to his word and set to work writing a song following Biden's victory on Nov. 3 and spent months humorously re-working the lyrics of the Clancy Brothers' famous song "Brennan on the Moor" into "Biden from Mayo".

Unable to access a recording studio due to the COVID-19 pandemic, Kenneally bought in recording equipment and placed mattresses against his walls to recreate the acoustics of a studio. A local musician then fine-tuned the song and uploaded it onto Spotify, iTunes, and other streaming platforms.

Kenneally said that the initial feedback he received in Ireland was overwhelmingly positive, so he decided to circulate it further afield and reached out to John King and Donie O'Sullivan on Twitter. O'Sullivan retweeted the song, leading to Kenneally's first encounter with right-wing conspiracy theorists.

"This guy came back asking if this was the depths that CNN was sinking to in order to boost ratings and loads of other conspiracy stuff. He asked if we were members of the CIA and if we were helping Nancy Pelosi."

Kenneally also shared the song in an Irish-American Facebook group and was shocked by the volume of political comments.

"The first person to reply said that "we the people of  America didn't give you permission to write a song about the United States". Some people got very upset that I used the word Paddy's Day instead of St. Patrick's Day and accused me of taking the Lord's name in vain.

The Cork folk singer said that one woman even reached out to him to tell him that Biden was born in Scranton, not Mayo, despite the humorous nature of the song.

"I was dealing with a whole new level of stupidity."

Kenneally encountered numerous claims that Joe Biden stole November's election and encountered dozens of comments that made libelous accusations against the President.

Kenneally thought about taking the song down but instead decided to highlight the abuse in Irish-American publications.

He hopes that the song can reach the ears of Irish-American bar owners and that it might lead to a few gigs when the coronavirus restrictions are lifted. He additionally hopes that the song's Mayo connections could see it serve as an anthem if Biden visits his ancestral homeland during his four-year term.