MSNBC's Rachel Maddow has devoted two segments of her show in the US this week to the showdown between Irish fishermen and the Russian Navy. ​ 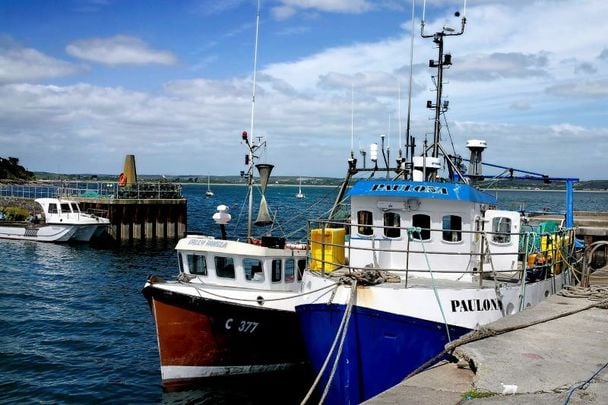 The story of the showdown between Irish fishermen and the Russian Navy is going international thanks in part to MSNBC's Rachel Maddow.

The drama between the Irish fishermen and the Russian Navy first caught Maddow's attention earlier this week when she linked to a story about it on her personal Twitter:

“If that is in proximity to where the [military] exercise is going, we are expecting that the Russian naval services abide by the anti-collision regulations.” The Irish fishing industry has taken “as much as it can possibly take,” Murphy said.https://t.co/kpvKVaklPR

Maddow then dedicated a portion of her "The Rachel Maddow Show" on Wednesday to the matter.

"There's not much Ireland itself can do about it. Ireland, I mean no offense, do not have much of a navy, Ireland literally has no military radar in the entire country. They don't have military radar, they've navigational radar but no military radar.

"Ireland does not have a single ship that's capable of launching a helicopter off of it, they just don't have that kind of military capacity.

"So what can they do? Well, you know what Ireland does have, to defend itself in this instance, it has very annoyed fishermen. Irish fishermen, who are so mad about what Russia's going to do with these war games off their coast next week, that they, the fishermen, say that they personally have a plan to stop it."

After splicing in some Irish reports to the segment, Maddow said: "Do you mean you're going to go out there in your little Irish fishing boats and confront the Russian Navy?

"Yes, yes they are perfectly clear that is what they are going to do."

She concluded: "The whole world is on tenterhooks waiting to find out whether Russia is going to start another war.

"Irish fishermen on the other hand are heading out to actively stop it and fish for mackerel while they're at it.

"God bless them, every single one of them."

The story, as we know, didn't stop there.

On Thursday morning, two representatives of the Irish fishing industry met with Russia's Ambassador to Ireland in Dublin. The meeting, which was described positively, concluded with an agreement to a "buffer zone," but the Ambassador will still need clearance from Moscow to finalize the plans.

That night, Maddow again addressed the ongoing story and admitted that had she been the Irish fishermen, she's "not sure" she would have taken the meeting with the Russian Ambassador.

Maddow said: "As far as Russia's military exercises ... it does seem like these fishermen in Ireland are the only ones doing anything about it."

She continued: "Here's these fishermen, right? Why is it up to them to negotiate the terms of the Russian Navy's military exercises? And could the Russian government really be dealing with these guys in good faith about this?"

Maddow cast doubt on to whether or not the Russian Ambassador offered a "guarantee" to the Irish fishermen during their meeting on Thursday. She believes he did, noting: "These fishermen are fishermen. They are not trained diplomats. Russia seems to be taking advantage of that."

"All week as we've been covering this story, this back and forth between one of the most powerful Navys on Earth and these fishermen, one thing has stayed constant - these guys [the Irish fishermen] are very clear that they are not going to budge."

On social media, the reaction to Maddow's reporting has been mixed on both sides of the Atlantic. Some say she has taken a condescending approach, while others agreed with her takes.

The Russian Navy is due to begin their "live fire" military exercises off the coast of Ireland on February 3.