The Irish Car Bomb shot may not be a favorite in Ireland, but this domino effect is pretty cool. 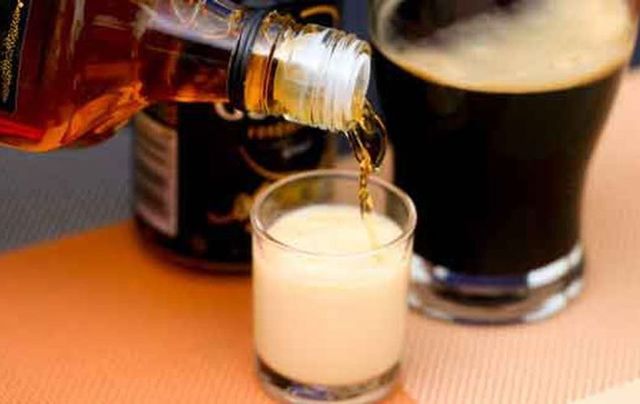 The Irish Car Bomb shot or Irish Bomb shot is generally made by dropping a shot glass of half Baileys/half whisky into half a pint of Guinness.

Irish people may not generally be too impressed with the Irish Car Bomb drink and its American origins, but we’re willing to put that to one side for just a minute to pay tribute to this remarkable feat of engineering. We have to hand it to the bartender in the video below of a record-breaking Irish Car Bomb domino that sends a St. Patrick’s Day crowd into a rapture. It's pretty spectacular.

The Irish Car Bomb shot or Irish Bomb shot is generally made by dropping a shot glass of half Baileys/half whiskey into half a pint of Guinness in the style of a Jagerbomb.

The foaming when the shot is dropped into the stout is said to emulate an explosion but many feel that the shot is disrespectful to those who lost their lives, were injured, or lost family and friends during 'the Troubles' in Northern Ireland, when car bombs were a common tactic used.

Despite this the Irish Car Bomb shot is a favorite among certain portions of Irish America – as can be seen in the video below in which a remarkable 157 Irish Car Bombs were made using a domino effect.

The head of the stout is even dyed green to mark the occasion, which would probably be deemed sacrilegious in any pub at home.

Read more: Irish Car Bomb cocktail – Is it an insult to the Irish or harmless fun?

Mackenzie M. who works behind the bar in Mack’s Tavern in Washington Township, Ohio, set up the remarkable spectacle and can be seen psyching herself up to push the first shot glass in, hoping against hope that she has her measurements correct and the remaining 156 shot glasses properly lined up.

She had absolutely no cause for concern, however, and there is such an amazing sense of satisfaction in watching glass after glass tipple and knock the next one over, as well as watching the immense joy of the crowd in celebrating her achievement.

Maybe we can try it out next time without ruining our Baileys, whiskey and Guinness all at the same time!

Know a fan of the Irish Car Bomb? We're sure they'll want to try this out for themselves.