World UFO Day! Ireland is a UFO hotspot, with most alien visits in Europe

There have been 105 recorded UFO sightings in Ireland to date. 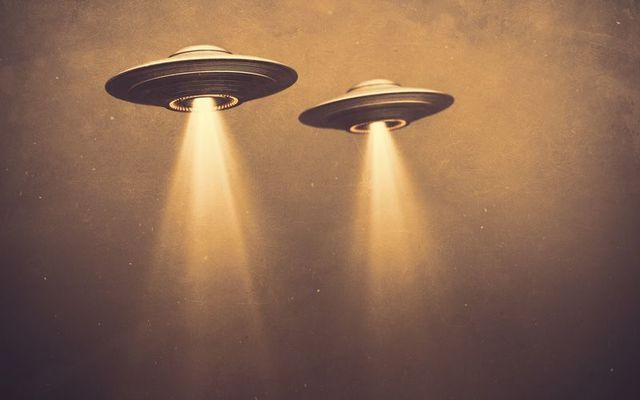 Ireland has had the most alien visits in all of Europe. Getty

Ireland seems to be a popular destination for extraterrestrials, as data shows it is the European country with the most alien visits.

UFO data compiled by Psychic World has revealed that Ireland tops the list of most UFO sightings in Europe, followed by France and Spain.

Bright lights are the second most prevalent type of UFO sighting in Europe, after unidentified flying discs. The lights are described as being either red, white or blue.

France is the second most popular alien hangout, with 71 sightings. However, these sightings only lasted an average of six minutes.

Spain is close behind with 70 sightings, lasting on average 12 minutes. The sightings here have been predominantly of diamond-shaped UFOs. 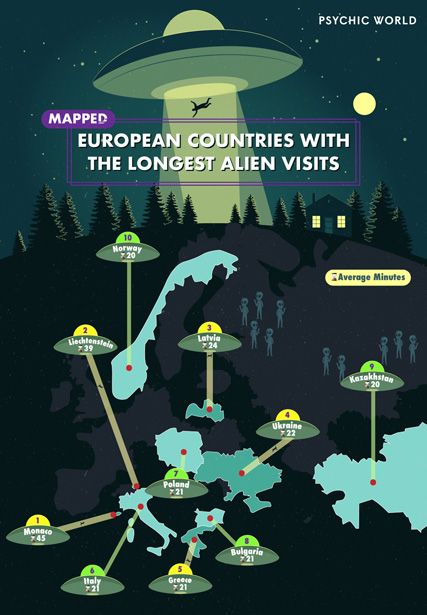 Meanwhile, Monaco is the European country with the longest duration of UFO sightings, which have lasted on average a whopping 45 minutes.

San Marino, which has had no official sightings, is the European country with the least amount of UFO sightings, followed by Georgia, which has had only two brief encounters. The sightings in Georgia, described as unexplained fireballs in the sky, lasted only 15 seconds.

In total, Europe has had 994 UFO sightings, all lasting an average of 12 minutes.

Psychic World reports that their experts analyzed data from the National UFO Reporting Centre State Report Index.  The location of sightings, the duration, and descriptions were all recorded to work out an average for each country.