Is it a bird, is it a plane, is it a UFO? It might be a shooting star, actually. 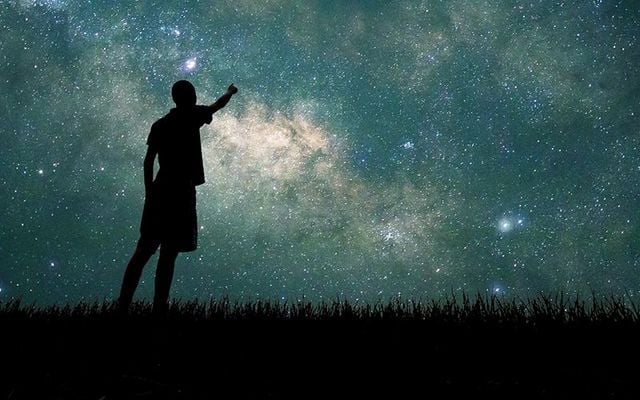 What's that in the sky above Ireland? A UFO?! Getty

Is it a bird, is it a plane, is it a UFO? It might be a shooting star, actually.

Pilots who reported seeing a UFO over Ireland "most likely" saw a shooting star, an expert has said - however, investigations are underway.

The Irish Aviation Authority began an investigation into the sighting of the unidentified flying object, which was spotted by a number of aircraft off the south-west coast of Ireland last Friday.

According to the Irish Examiner, Shannon Air Traffic control was contacted by a British Airways captain flying over County Kerry on her way to Montreal, Canada, who said she had seen a speeding bright light.

Two other pilots in the area at the same time also confirming the sighting.

There were no military exercises underway, and Shannon Air Traffic confirmed that nothing else was showing on either primary or secondary radars.

The pilot said the "very bright light" was "flying so fast" alongside the left-hand side of the aircraft before it "disappeared at very high speed."

After the incident, aviation journalist Gerry Byrne told the paper, "In all probability they were meteorites and it's not uncommon for meteorites to come in at a low angle, a low trajectory into the Earth's atmosphere."

Whatever it may have been, pilots stated that the bright light was going at an “astronomical” speed of at least Mach 2 (2,500 km/h), which is twice as fast as a commercial jetliner!

According to the Irish Post, there have been 12 reported incidents involving unidentified flying objects in the past 20 years.

Read More: Someone may have spotted UFOs in Ireland