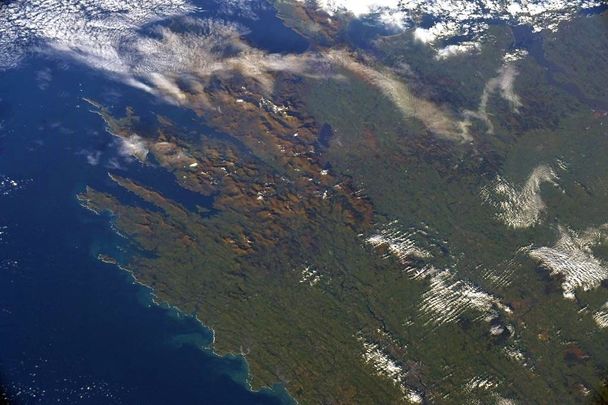 The first Friday in May is recognized as Space Day! To celebrate, we look back to when NASA posted an incredible photograph of Ireland from space on St. Patrick's Day 2021 that is so clear you can spot the Skelligs!

The sun shone on Ireland on St. Patrick's Day this year and the good folks up in the International Space Station captured the most beautiful photograph of the southwest coast of Ireland.

The snap is so clear that one commenter on Twitter said they could pick out the Skellig Islands of the coast of Co. Kerry.

Happy #StPatricksDay! ☘️ Similar to finding a four-leaf clover, capturing this shot of the southern end of the Emerald Isle on a clear day from the @Space_Station took a bit of luck — just ask @AstroDrewMorgan! pic.twitter.com/fPb4gGnot0

Another wrote: "Happy St Patrick's day to you all in Nasa, greetings from the Emerald Isle, thanks so much for sharing this beautiful picture."

And from Cork, one wrote, "I'm waving up at the sky now, you can see me right? "

The International Space Station (ISS) is a modular space station (habitable artificial satellite) in low Earth orbit. The station serves as a microgravity and space environment research laboratory in which scientific research is conducted in astrobiology, astronomy, meteorology, physics, and other fields.

Dr. Andrew “Drew” Morgan was selected by NASA in 2013.  Dr. Morgan is an emergency physician in the U.S. Army with sub-specialty certification in primary care sports medicine.  Prior to his selection to NASA’s 21st group of astronauts, Dr. Morgan served in elite special operations units worldwide.

Here's a short video @USArmy made to introduce my story and how my exciting career in the Army led me to become a @NASA @Smdc Army astronaut. @ArmyMedicine @USUhealthsci @WestPoint_USMA @WPAOG @USASOCNews #astronaut #goarmy #armystrong #armylife #science #nasa pic.twitter.com/VkYKd9pgxi