The most hilarious Irish reactions as unusual heatwave pounds the country

Give us a joke about the weather and some bread and we’re yours! 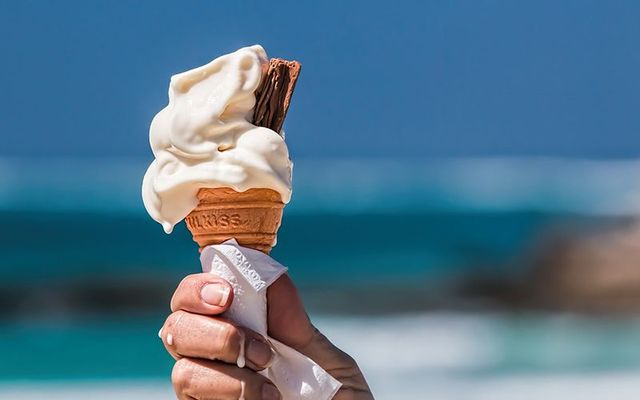 A melting 99 ice cream cone. Here’s a look at the best of the jokes and tweets so far about the June 2018 Irish heatwave. Pixabay

If there’s one thing Irish people love it’s a great joke about the weather and between Storm Emma, Beast from the East and now #heatwave, 2018 has been a great year for us all to really get stuck into one of our favorite pastimes.

With the news that ice cream vans are running into the front door of churches and water rationing continuing into July, Ireland is all but melting. In a country that is far from known for its ability to tan, you can be sure that we’re going to be seeing plenty of sunburn jokes over the coming days.

Here’s a look at the best of the jokes and tweets so far about the June 2018 Irish heatwave.

Some of you may remember the influx of jokes about stocking up on bread before the Beast from the East:

It now seems that whatever the weather, plunging or rising temperatures, we love a good joke about the weather at the expense of a sliced pan.

So just take a slice of bread outside today and wave it at the sky, essentially...#heatwave https://t.co/uQ6VyqivOA

Should be cooked in no time in this heat ☀️ #HeatWave pic.twitter.com/qH9zjkQVV9

This is what we call a #SweatSolution

Thanks to Lynda who sent us this... ???#Heatwave #MuireannInAction pic.twitter.com/Nzu9zz7E7d

I’ll be in the garage... #heatwave #Ireland pic.twitter.com/6SjdWmQFf7

We hope this one was a joke at least:

COMMUNITY NOTICE: While our wish is for everyone in the locality to enjoy the lovely sunshine, we must again advise that full blown nudity up the town won’t be tolerated. Please enjoy the sun, have fun, but do wear sunscreen and at least some garments. Thanks. #Heatwave

The aloe vera will be well used in the next week:

Delighted for all at home in #Ireland #heatwave you all deserve it ?? pic.twitter.com/V1esPnFfLH

The roads were already melting and now the bikes are goners as well:

It's so warm, even the bikes are melting! #Heatwave #Dublin pic.twitter.com/H47gHL3Be1

Phone users are also having some difficulty:

A reminder that Ireland generally doesn’t have any need for an A/C unit:

Is anyone asleep or are we all just thrashing around periodically peeling our leg skin apart?

Wouldn’t it be great if air conditioning was something you could download over the internet for the one week a year that we need it?

At least some people are enjoying the good weather:

Heatwaves are so dangerous!

One minute you call around to a friend's house for a BBQ and a few drinks. Next minute you find yourself pulling jeans over your fat arse, grabbing your ID and hitting town!!

And it only Wednesday, come back rain quick. ?#Heatwave

Panic as mothers across Ireland declare it's 'too hot to be cooking' and insist on serving 'salads' of rolled up ham, coleslaw and boiled eggs

Even that bathroom is too warm. The first time I remember since 76. #heatwave

The fucking heat... I haven't drank this much water since I nearly drowned as a child #heatwave #ireland #summer #thirsty

Stay safe, use sunscreen, drink plenty of water, and most importantly, enjoy this rare bit of sunshine, everyone!