Ireland loves dogs, from terriers to setters! Here's a look at Ireland's most famous dog breeds. 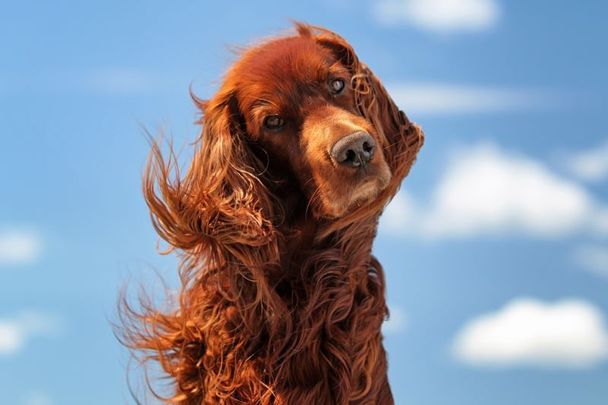 Today, August 26, is International Dog Day! Celebrate by taking a look at some of Ireland's most famous dog breeds.

Ireland is very fond of our precious pooches and what better way to celebrate them than by looking at the very best Irish breeds.

If you're thinking of adding to your family, Ireland enjoys quite an engaging diversity of breeds for you to choose from. Here's a list of Ireland's top ten dog breeds. 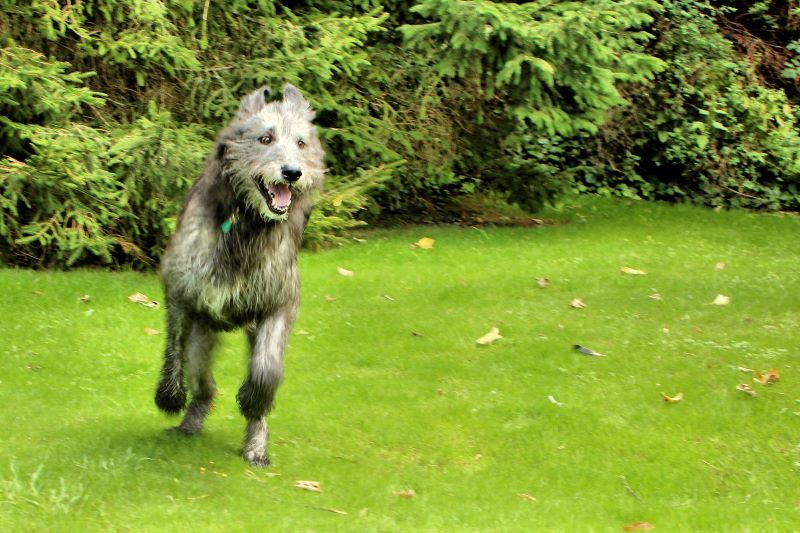 This towering testament to the canine species would make a highly imposing guard dog, except for the fact that their good nature often makes them friendly to strangers, even those with ignoble intentions.

This breed is extremely old; some suggest that it came to Ireland over 5,000 years ago. Irish Wolfhounds were once quite the menace on the battlefield. In recent centuries, however, their ferocity has subsided, leaving behind a big teddy bear of a dog.

Sadly, this cuddly colossus has among the shortest of canine life expectancies. Many succumb to the ravaging effects of bone cancer. 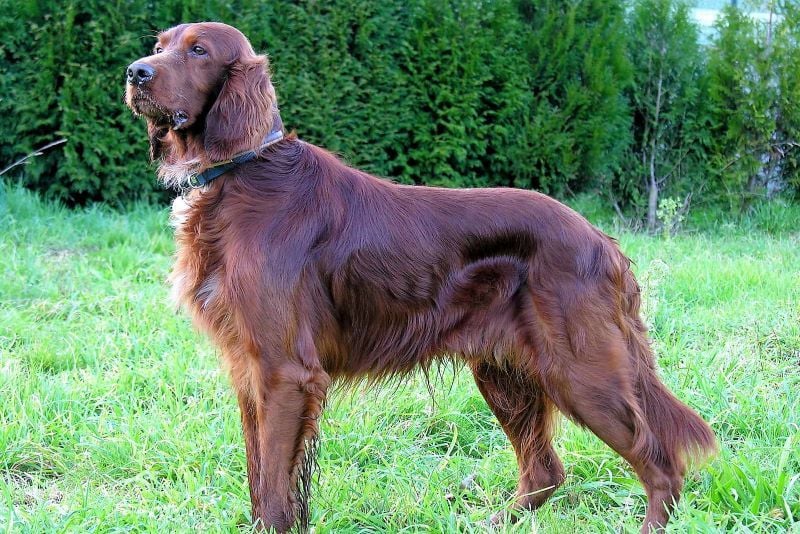 This dog’s mahogany coat can look almost magical in the sunlight. However, many would say that the breed’s personality exceeds its appearance.

The Irish Setter is about as affectionate a breed as any in the whole species. The flip side is that neglect can bring about a broken heart complex, and destructive mischief just might ensue.

They have a high activity level. Sizable excursions should take place at least once a day.

If one is willing to put in a moderate amount of effort, it is very hard to go wrong with this breed. They offer beauty, brains, and personality mix that few can match. 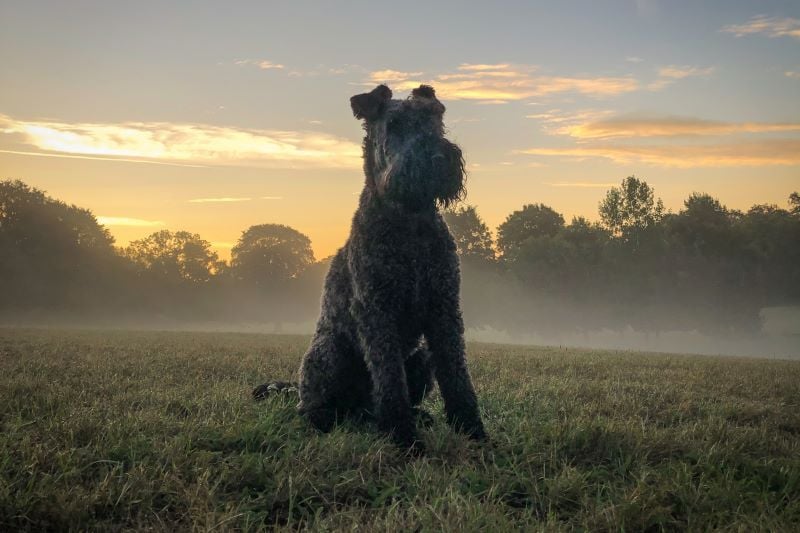 Some say the Kerry Blue actually came from Tipperary. However, Simon & Schuster’s Guide to Dogs says that this breed emerged in the 1700s in County Kerry.

A certain romantic legend holds that when a Russian shipwrecked in Kerry’s Tralee Bay, an exotic blue-coated dog frantically paddled its way ashore.

Rewards awaited. The gallant survivor had such a gorgeous coat that it was promptly mated with almost every fine local female of reproductive age. Some say the shipwrecked stud proceeded to mate with “all the female Wheaten Terriers in Kerry.”

Regardless of its exact origin, the Kerry Blue’s coat has a very distinctive color and texture. 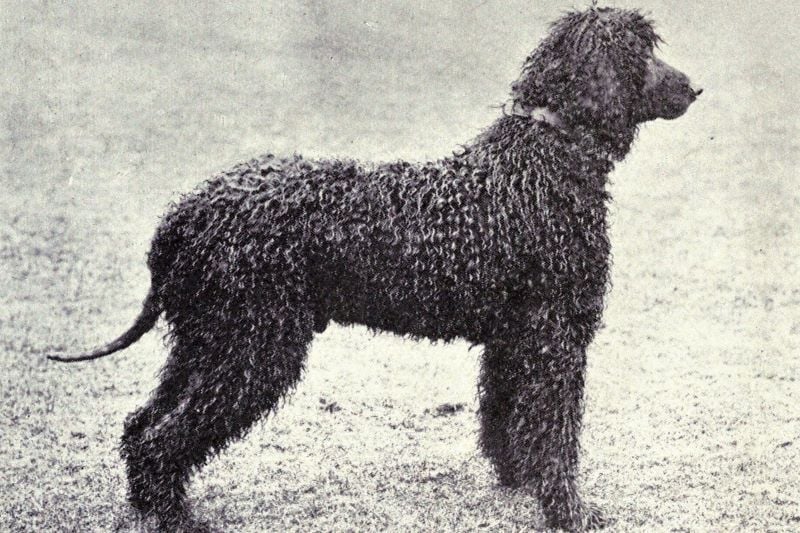 This breed has a highly distinctive set of locks, almost resembling those of a female step-dancer. They have curly coats and a seemingly ratlike tail jutting out their posteriors.

They cannot get enough of the water, and they excel in this venue, from where they have been known to retrieve quite a collection of animal life.

As to the breed’s heredity, varying conjectures have been made. Certain names that arise are the Barbet, the Poodle, and the Portuguese Water Dog, among others.

The breed as it now appears came of age in Ireland in the early 19th century.

This is a lean, powerful dog with a harsh red coat. They are action-fiends that require ample physical activity. Irish Terriers are certainly not dumb, but their innate thirst for action can make them an ordeal to train.

If their trainer appears inadequate, they will completely lose respect, and then a lifetime of disobedience may ensue.

Same-sex aggression is a not-too-uncommon occurrence. Such pathological behavior can even be directed at males of other species.

Fortunately, all this doggy testosterone can be channeled into something positive; many of this breed have excelled in canine sporting events, particularly agility competitions. 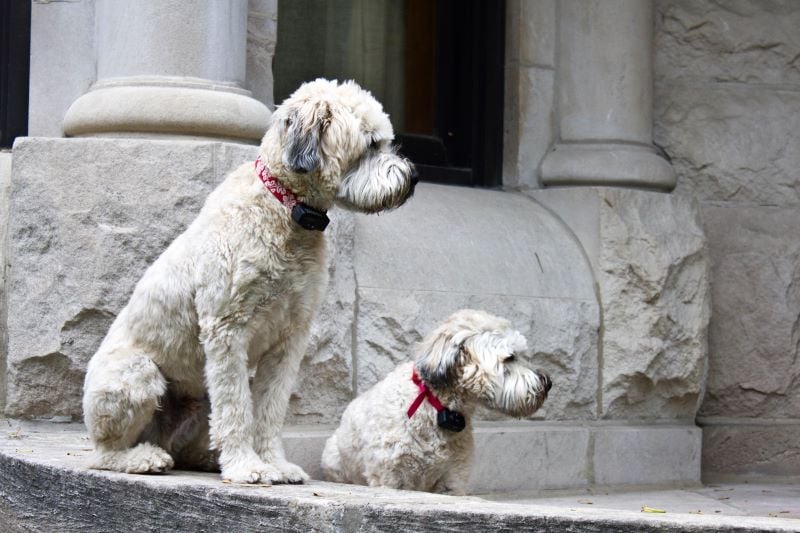 This is a deceptively athletic dog with a bountiful supply of playfulness. Wheatens are known to jump a person in order to lick his/her face repeatedly.

This breed can bark all day at strangers but will almost certainly not attack a human unless there is an extreme provocation.

Wheatens excel at a number of outdoor and obedience activities. One weakness that comes to mind is hot weather. They have been known to overheat. 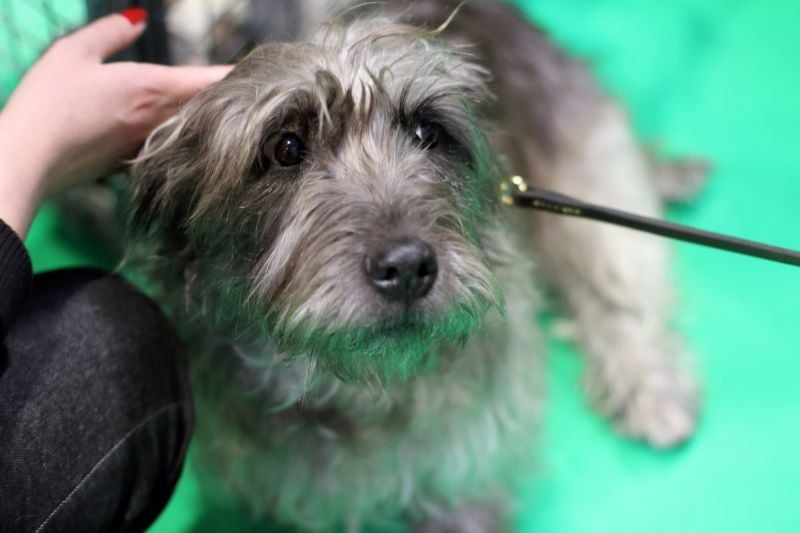 This feisty bundle hails from County Wicklow and is the result of visiting Dachshund-type dogs breeding with local Irish pooches of terrier extraction.

The Glen of Imaal emerged as a vermin-hunting extraordinaire. Legend has it that some were even able to turn spits of meat over the fire.

Despite its short stature, this breed tends to pack a considerable amount of brawn. It can take them as much as four years to reach their full growth.

Four years is half a life expectancy for some breeds, but the Glen of Imaal has plenty of time to mature; this breed routinely lives for fifteen years or longer.

They tend to be very intelligent, but a strong prey drive can result in calamity, as inadequately trained Glen of Imaals have been known to take down the household cat.

The Irish Red and White Setter 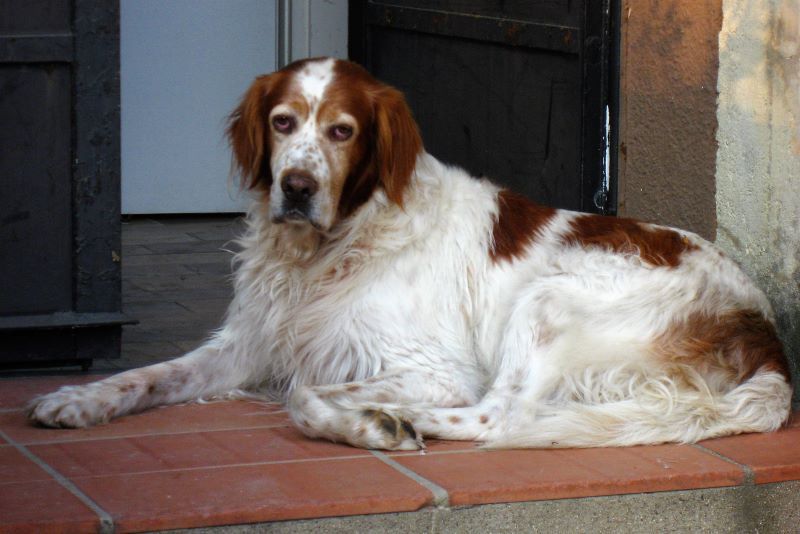 These dogs have a very similar makeup to the “regular” Irish Setter, except that this dog has spots of mahogany, as opposed to the full coat.

As their fully red counterparts rose to ascendancy, the Irish Red and White decline into obscurity. They would have gone extinct altogether, except for the Herculean efforts of Irish clergyman Noble Huston in the early 20th century. 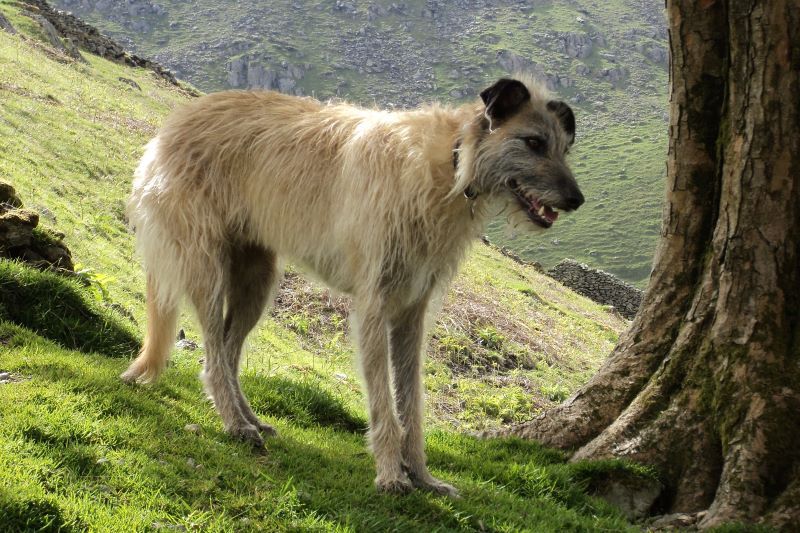 This sight-hound proved an effective companion for hunters.

Legend has it that this dog emerged in the 14th century, at a time when the British rule prohibited “commoners” from owning more established sighthound breeds. Supposedly the Irish Lurcher was bred to circumvent this rule.