This winter, everybody is rushing to pull on a fashion statement normally only sported by Irish fishermen. 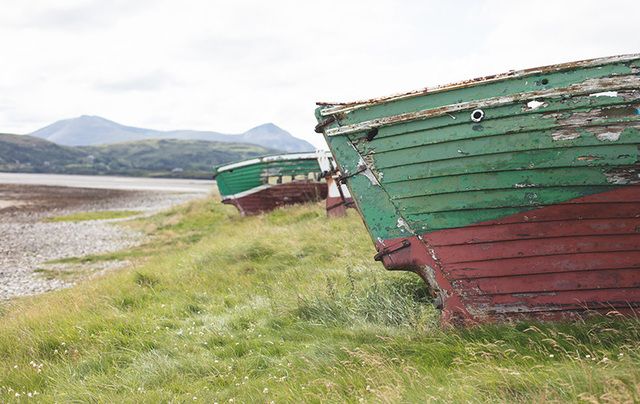 Inis Meáin's Aran Fisherman sweater will be seen all over the streets of New York as Barney's begin to stock the traditional Irish garment. iStock

The Fisherman Aran sweater is making a comeback with Barneys of New York stocking the traditional Irish garment.

The traditional Aran sweater is making a comeback this winter as fashionistas flock to pick up the traditional Irish garment designed to keep out the wind and rain for those going out on the Atlantic Ocean to fish.

With a version of the Aran sweater from the 1940s also going on display in the Museum of Modern Art in New York next month, being used in an exhibit showcasing classic, timeless international designs, the city’s luxury retail store Barney's will to stocking the Irish favorite as the days start to get a little colder and darker.

Designed by Inis Meáin, named after the second largest of the Aran Islands, the Aran Fisherman sweater was produced in collaboration with Irish label Sphere One by Lucy Downes, reimagining the traditional sweater into a modern must-have.

Drawing from the long-standing traditions of the female knitters who created the original designs over the decade, the new Fisherman Aran sweater looks like everything we want to be pulling on when the cold nights start to kick in.

“For this collection Inis Meáin challenged Lucy Downes of Sphere One, a modern knit design label, to come up with a new Aran.,” the knit company explained.

“While the intricate cabling of traditional Aran has been often copied, she felt that what made the original Aran so special was caring aspect of making a piece of clothing for a loved one, to provide warmth, protection, and comfort, knowing their needs out fishing.

“The piece, technically challenging to knit and construct, is a truly original new Aran befitting a hard-working fisherman today. The result is a high back neck, not a hoodie, which would restrict critical visibility, lined with cashmere for warmth at an exposed area.

“It features a light underarm gusset with pointelles for aeration in extra soft cashmere fabric, which could be replaced by the knitter more easily than reknitting an entire garment. Its seams and label to the outside for comfort and reduced friction. At the neck area, prone to wetting in inclement weather, is a shoulder yoke in oiled (lanolin) wool as well as an extra padded protection for the forearm when pulling lobster pots.”

We feel cozy and warm already!

Read more: An Aran sweater wedding dress? Just wait until you see it