How to get a St. Patrick’s Day shamrock emoji on Twitter

And it’s not just Twitter that’s going to get a little bit greener this week. Welcome to the Global Greening. 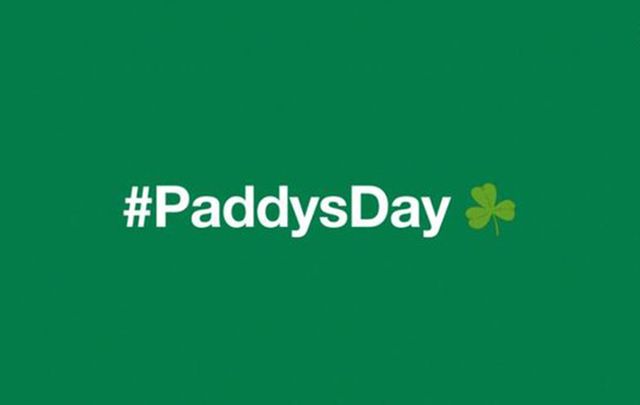 Just like half the world Twitter is gearing up for St Patrick’s Day on Friday. From today onwards all you have to do is hashtag one of the following:

To mark the week of #StPatricksDay and the #GlobalGreening campaign, you can unlock the special shamrock emoji by using these hashtags! pic.twitter.com/xiXgXSjmh1

And lo and behold! A shamrock will appear as if the great man himself had appeared to teach you about the Holy Trinity in person!

And it’s not Twitter is not the only global icon that is going green for Ireland’s national day. Google will be undergoing its annual St Patrick’s Day redesign In New York the World Trade Center and Empire State Building are going to be lit up in emerald, as is the London Eye and Nelson’s Column in London, the Colosseum in Rome, the Leaning Tower of Pisa, Burj al Arab in Dubai, the Roue de Paris, the ‘Welcome’ sign in Las Vegas, Canada’s Niagara Falls, the Sky Tower in New Zealand and the Great Wall of China - all in honor of Ireland’s patron saint!

These Global Greenings are part of Tourism Ireland’s global campaign to promote the country and were proof, the Minister for the Diaspora Joe McHugh declared, of the, “willingness and desire of so many to be involved in celebrating our national day is symbolic of the great friendship and respect that exists between Ireland and so many countries around the world and demonstrates the uniqueness of the St Patrick’s Day celebrations.

“Tourism Ireland’s Global Greening creates a visual calling card, a reminder of home to our Diaspora spread across the globe and sparks the interest of those as of yet unfamiliar with the great heritage that our national day celebrates. As Minister of State for the Diaspora, I know that the “greenings” bring great pride to Irish people overseas and reflect the warm regard in which Ireland and its people are held around the world.”