Garda headquarters are conducting a "fact-finding review" after allegations surfaced that an off-duty Garda used the Luas to complete a portion of the Dublin Marathon on Sunday, October 30 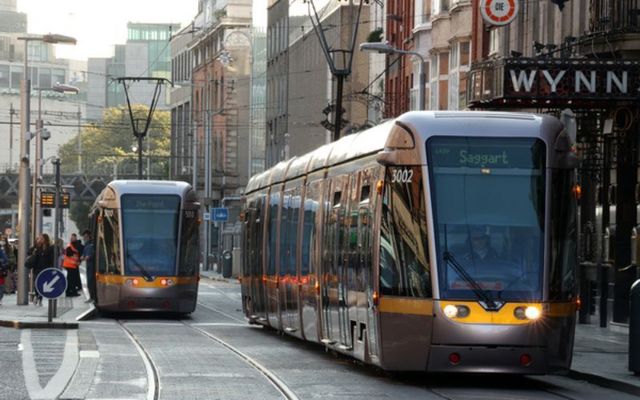 A member of An Garda Síochána's Anti-Corruption Unit has handed back his Dublin City Marathon medal after being accused of using the Luas light rail system to finish the race.

Garda headquarters are conducting a "fact-finding review" after allegations surfaced that an off-duty Garda used the Luas to complete a portion of the marathon on Sunday, October 30, according to the Irish Independent.

The Independent reports that organizers of the 2022 Irish Life Dublin Marathon have also conducted an investigation into the matter.

The Garda in question has reportedly returned his medal, while his finishing time has also been removed from the official records and from the Dublin Marathon website.

A spokesperson for the Dublin Marathon told the Independent that the investigation into the matter has now been concluded, adding that the Garda had apologized and returned his medal and the t-shirt he received for finishing the race.

In a previous statement, a Dublin Marathon spokesperson said the runner would be disqualified from all future marathons if the allegations were found to be true.

A Garda spokesperson said An Garda Síochána is aware of a matter at the Dublin Marathon involving an off-duty officer but added that it does not comment on social media rumors.

The 2022 Irish Life Dublin Marathon was the 41st marathon to take place in Dublin since its foundation in 1980 and the first to take place since 2019 due to the Covid-19 pandemic.