Plan Your Epitaph Day: Get inspired by these hilarious Irish gravestones

November 2 is "Plan Your Epitaph Day"! Morbid? Yes! But these gravestone etchings prove that the Irish have an uncanny way of bringing humor into the darkest hour. 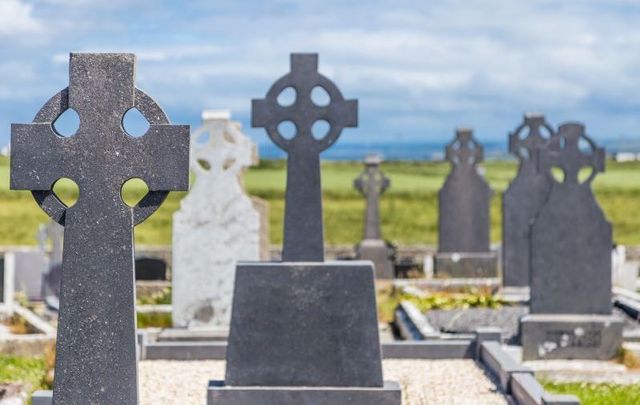 November 2 is "Plan Your Epitaph Day"! Morbid? Yes! But these gravestone etchings prove that the Irish have an uncanny way of bringing humor into the darkest hour.

The Irish have long been known for their love of the macabre and humor, even in death. The book ‘Dead Funny’ by Allen Foster traces the funniest gravestone epitaphs in Ireland.

Below are some of our favorites:

“Erected to the memory of JOHN PHILLIPS, accidentally shot as a mark of affection by his brother."

"At the grave of a man hanged for sheep stealing:
Here lies the body of Thomas Kemp, lived by wool died by hemp"

"Beneath this stone lies Katherine my wife
In death my comfort, and my plague through life
Oh liberty! but soft I must not boast
She’s haunt me else, by jingo , with her ghost"

"Here lies the body of Edmund Spenser, great great grandson of the poet Spenser, unfortunate from his cradle to his grave.”

Read More: Famous Irish philosophies and tributes we should remember on Memorial Day

Have you ever encountered a funny Irish epitaph? Share in the comments!