Farmers claim to have more sex than any other profession, survey reveals

A survey conducted by 'intimate lifestyle company' Lelo found that 33 percent of farmers claim to have sex daily. 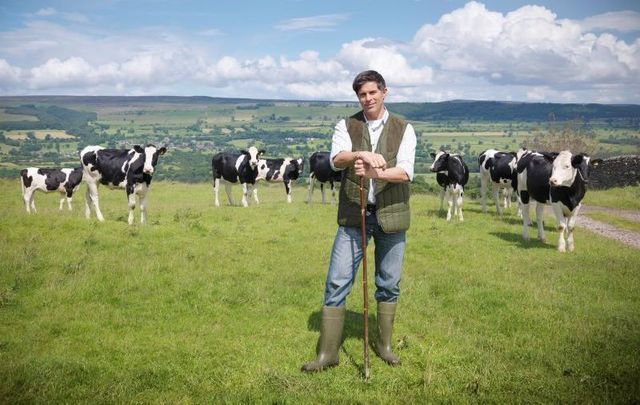 Farmers claim to have more sex than any other profession in a new survey. Getty Images

A survey conducted by Lelo, an "intimate lifestyle company that designs, develops and manufactures upmarket sex toys," has found that farmers claim to have the most sex out of all the professions.

The Mirror reports that for its latest survey, Lelo UK spoke with 2,000 men and women about their sex lives and their occupations.

The survey found that farmers claim to have the most sex, with 33 percent reporting that they have sex at least once a day.

While farmers came out on top as having the most sex, 21 percent of architects and 17 percent of hairdressers claim to have sex daily.

At the other end of the scale are journalists, who say they have sex only once a month.

Read More: Ten reasons you should marry an Irish farmer

Kate Moyle, an expert at Lelo UK, told The Mirror: “Even within groups such as professions where there is a lot of similarities, we have to consider that there is a huge amount of individual differences impacting people’s sexuality and sex lives.

“However, what we may expect are some trends, for example, the level of physical activity in a career such as a farmer, rather than someone in an office setting may impact levels of fitness and energy.

“The lifestyle factors of our jobs such as flexibility of working hours and the environment are also likely to have an impact on all our lives not just our sex lives.”

Read More: “Falling for a Farmer”: Emigrant's return and finding a new home in Dublin

A separate survey conducted by Lelo earlier in 2019 found that when it comes to quantity, 31-40-year-olds, closely followed by 25-30-year-olds, have the most frequent flier miles. That survey also found that globally, the average number of sex partners one person has falls between 10 and 20.

Are you surprised by the survey's findings? Let us know in the comments!