“Falling for a Farmer”: Emigrant's return and finding a new home in Dublin

On returning to Ireland Maura McElhone was determined to make her “unemigration” a positive experience. In this extract from her new book “Falling for a Farmer”, she describes finding a place to call her own and kick-starting her new life at home in Ireland. 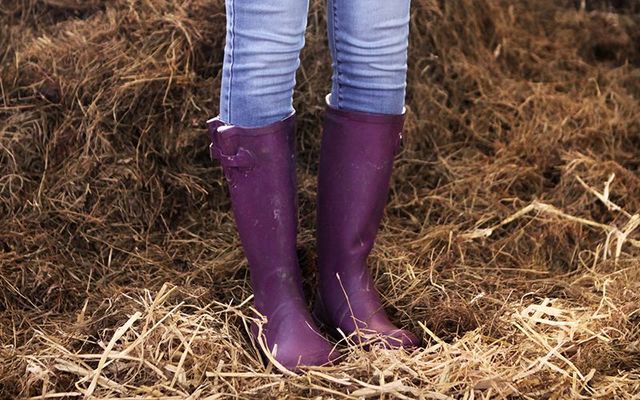 Cover art of "Falling for a Farmer" by Maura McElhone.

On returning to Ireland Maura McElhone was determined to make her “unemigration” a positive experience. In this extract from her new book “Falling for a Farmer”, she describes finding a place to call her own and kick-starting her new life at home in Ireland.

I moved to Dublin in March, heading down two weeks before starting my new job to sort out housing. As an avid follower of The Irish Times online during my years abroad,I knew that finding somewhere to live in the capital would be tricky, to say the least.

I’d read the horror stories of overpriced accommodation, of demand outstripping supply, but I remained confident that something would come my way. It had to.

After all, I had made that promise to myself that my ‘unemigration’ would only be positive; giving up on Dublin and heading home to my parents with my tail between my legs because I couldn’t find accommodation was simply not an option.

That being said, I wasn’t exactly making life easy for myself by not wanting to share with anyone. At thirty years of age and starting over, I felt it was important that I had a place to call my own. I had pressed ‘reset’ on my life and I wanted to create a little corner for myself in this new city, a base from which I could build my life back up again.

But, as Mammy would often warn us during our younger years, ‘I want doesn’t get’ and it soon became clear that I was not going to find what I was looking for any time soon. I was going to have to compromise.

My new job started on Monday and on the Saturday before I moved into an apartment in Ballsbridge with two lovely girls from Cork. I’d seen the ad online: their housemate had extended her travel abroad and they were looking for someone to cover the last six weeks of her lease. It was a win-win situation: they no longer had to worry about making rent, and I had bought myself an additional month and a half to find a more permanent solution.

I held tight to the dream of living alone, but as time marched on, I became more and more disheartened. My new bosses were understanding of my predicament, allowing me to start late and leave early when I had an appointment to view a flat. As I visited one dingy bedsit after another, the many brown and beige interiors that hadn’t seen an update since the 1980s blending into one, I soon realized that my vision of a spacious, bright and airy apartment in trendy D4 was little more than a pipe dream.

Author of "Falling for a Farmer" Maura McElhone.

At a viewing of a ‘one-bed’ in Ranelagh, the landlord welcomed the crowd that had gathered – each person with their deposit and first month’s rent in hand – and went inside to open the flat. Seconds later, he reappeared looking rather sheepish and asked if we’d mind waiting. It seemed that ‘the last tenants hadn’t really cleaned the place’ before they moved out.

But these were desperate times, and so, telling myself that a little bit of bleach goes a long way, I waited. After a moment or two, the landlord invited us in. I followed the group up the stairs and into the ‘flat’, noting the mildewed windowpanes and carpets which, though mostly threadbare, still managed to boast some truly spectacular stains – neither the source nor substance of which were immediately identifiable.

It was only when the landlord declared the tour complete that someone asked him where the bathroom was. He’d ‘forgotten’ to point out that the bathroom was located outside the flat. On examining the space, it became clear that calling it a ‘bathroom’ was generous, to say the least.

The reality was that a toilet and shower stall had been shoved into what could well have been a meat-locker in a former life. What this meant was that each and every bathroom visit would require you to leave the ‘cozy’ confines of your flat and close the front door behind you before traipsing across the landing into this cold, dark cubicle that I couldn’t guarantee had not previously been used to refrigerate and store a dead body. All this for just €800 per month; sure, it was a steal! Needless to say, I passed on the Ranelagh space.

Eventually, in May, I found it. Flat 1, 144 Rathgar Road, was on the top floor of an old Georgian in Dublin’s southside. I walked up the wide concrete steps that led to the front door, its purple paint cracked and peeling off around the heavy brass knocker. The door opened into a narrow hallway with a red-brown carpet that had seen better days. Yellowed paper with a faded floral pattern climbed the walls to reach the high ceiling, where a dusty chandelier made a half-hearted go of casting light into the space below.

A wide gilded mirror hung on the wall above an antique dresser in a similar dark wood to the banisters that lined and curled around the staircase. Everything whispered of a past opulence, now long forgotten.

The flat itself was located at the far end of a long, narrow corridor, the light for which worked on a timer, plunging many an unsuspecting visitor and new tenant into blinding darkness. It was in those instances, brief though they were – a light-restoring switch was never far away – that I was sure the place was haunted.

Smaller than my parents’ sitting room, but with a kitchenette, a separate bathroom and a living area-cum-bedroom with wooden floors that reflected the light that poured through the tall window, the flat had everything I needed. On my first evening there, I broke in the stove by cooking up a batch of chili and hung up the wall-ornament given to me by a good friend from home – three little plaques that together bore the timely reminder that ‘You are stronger, wiser and smarter than you think.’

I laid a rug on the floor, installed high-speed internet and was soon on first-name terms with the local Thai takeaway. I paid my rent on time each month and paid my bills – dreading those that came at the end of winter when even a storage heater on full blast and an electric blanket were no match for the cold that seeped in through the flat’s large, single-glazed window.

It was no palace, that’s for sure, but it was my own little corner of Dublin and I was grateful for it. It was there that I sought refuge after a tough day at work, there that I would spend every other night on the phone to home, giving and receiving good news and bad, all the while thankful for the convenience and feeling of closeness that comes from a shared time zone.

It was in that flat that I launched my blog, wrote my newspaper column, nursed hangovers, played cheesy pop music loud and sang along, and watched the news, filled with pride as Ireland became the first country to legalize gay marriage by popular vote. It was there that I would go just three months later and draw the curtains on my broken world when the reprieve I’d enjoyed during my years abroad was lifted and death returned to cast its shadow on my family.

It was in that flat that I would open the door to someone new and give love another go.

* Maura McElhone is a content writer and columnist whose work has appeared in The Irish Times, the Irish Farmers Journal and RTÉ Radio 1's CountryWide. Born and raised in Portstewart, County Derry, she studied in Scotland at undergraduate level and completed a Masters in Writing at the National University of Ireland, Galway. After six years living and working in the U.S., Maura 'unemigrated' in 2014, and returned home to Ireland. She now lives in Kildare with her husband, their relationship providing the inspiration for her popular blog, Falling for a Farmer.  Maura is the 2017 recipient of the Cecil Day Lewis Literary Bursary for Emerging Writers from Kildare County Council. Falling for a Farmer is her first book.