Dublin's charming streets and historic buildings help make the Irish capital one of the most Instagram-worthy destinations in the world. 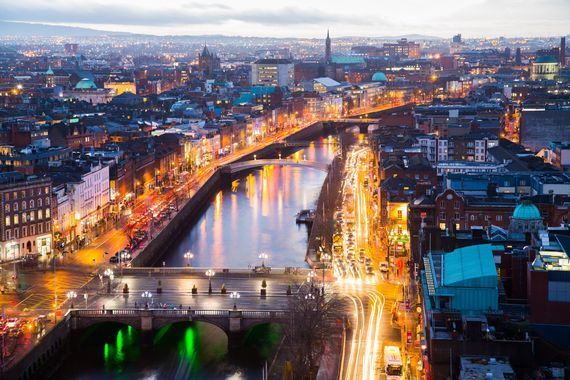 Dublin City is one of the most photogenic cities in the world. Getty

Dublin has been named one of "the most Instagrammable places in the world for 2021" by a new online study.

The study, conduct by Big 7 Travel, listed Dublin as the 35th most Instrammable destination in the world ahead of the likes of Warsaw in Poland and Lisbon in Portugal.

Big 7 Travel selected its 50 most Instagrammable places in the world by analyzing the number of hashtags per destination and surveying its 1.5 million audience members. The travel company then combined its findings with input from its global editorial team.

The travel website heaped praise on Dublin City, pointing to its historic buildings and charming streets.

"Wander the halls of the world’s most epic library, aka, The Library of Trinity College and bring your #bookworm aesthetic full circle. And then clink a few pints of Guinness in the uber photogenic Temple Bar area. Either way, you’re set for some great shots to join in the 12.4 million others on Instagram under the #dublin hashtag."

Tokyo, Japan, topped Big 7 Travel's list for 2021 with New York City unsurprisingly placing highest amongst US destinations in fourth. Chicago was the next most Instagrammable American destination on the list in tenth, while San Francisco, Las Vegas, and Seattle all made the top 50.

What iconic Dublin location do you think looks best in a photograph? Let us know in the comments!