Ireland's capital is one of the best places to ring in the New Year. 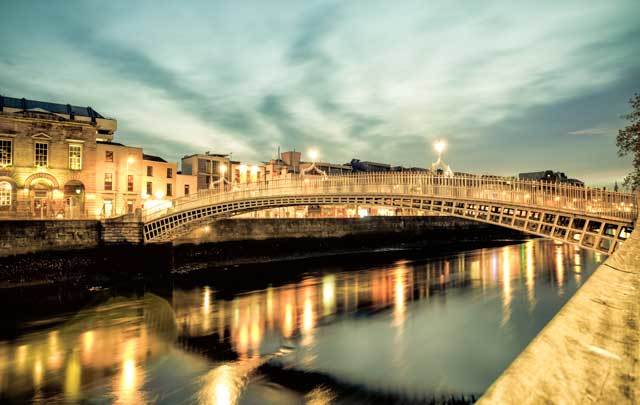 The Ha' Penny Bridge, on the River Liffey, in Dublin. iStock

Some of the biggest names in travel say that Ireland's capital city is a great place to celebrate the New Year.

While this year, due to COVID, travel plans have pretty much all been thrown into disarray. However, according to some travel big hitters, Dublin is the place to be if you're planning a vacation over New Years'. According to a clip published by Condé Nast Traveler, in 2016, Ireland's capital is one of the best places to ring in the New Year.

Before your midnight revels, they suggest day tripping and a stop at the Guinness Factory.

Travel search engine Kayak.com has also listed Dublin as one of the top ten trending cities around the globe to celebrate the New Year in its newly released Travel Hacker Guide for the holiday season. The capital city came in number six on the list.

The guide’s ‘hacker tip’ for the city states: “The Procession of Light from St. Stephen's Green to Dublin Castle on New Year's Eve offers a moment of reflection before the pub-fueled revelry begins.”

According to CNTraveler, there has been a 65 percent increase in flight searches to the city compared to previous New Year’s Eve. The site recommends: “Road-tripping from the capital to the Cliffs of Moher, strolling the capital’s creative quarter, tipping back a few with locals at the Bar With No Name.”

Read more: View Dublin from a new perspective in this new photo book