In a shock move on April 1, President Biden announced that he will be splitting his time between Washington, DC and Ireland. 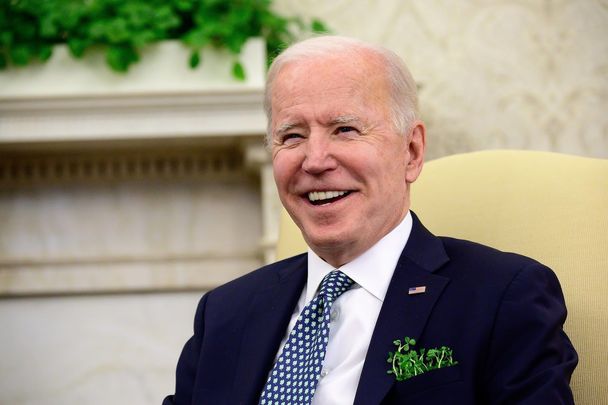 US President and proud Irish American Joe Biden announced today, April 1, that he will spend some of his presidency working remotely from the Cooley Peninsula in Co Louth.

“If Trump can have Mar a Lago, why can’t I have Mar a Louth?,” President Biden remarked on Thursday, April 1.

"As Seamus Heaney once said, hope and history rhyme. Therefore, I'm hoping to get more in touch with my Irish history by having feet on the ground in the ol' Emerald Isle," Biden added in his April 1 comments.

"Plus, I need to keep an eye out that the Brits aren't causing any more trouble over there," he added.

The move comes as a shock not only to the more than 81 million Americans who voted for Biden in November, but residents in Ballina, Co Mayo, where some of Biden’s Irish ancestors also hailed from.

“Sure we only had a billboard of him here back in November, what’s he doing heading for Louth,” one Ballina shopkeeper said on April 1 as the news broke.

(It is understood the people of Mayo rather quickly got over their disappointment in losing out on the big claim to fame as they've had plenty of practice each year since 1951.)

The unprecedented move was warmly welcomed by Ireland’s senior government ministers who are keen to latch onto any story that isn’t related to their handling of the ongoing pandemic.

“Get him on the next flight and have RTÉ waiting on the tarmac,” Taoiseach Micheál Martin reportedly said on April 1. (The source of this quote is unconfirmed, but all signs point to Tanaiste Leo Varadkar.)

The timing works well for Biden, who won't be subject to the recently-enacted mandatory hotel quarantine upon arrival in Ireland as the US isn’t - as of yet, anyway - designated as “high risk,” despite leading the world in the total number of infections and deaths.

Vice President Kamala Harris was unavailable for comment but was spotted by White House insiders packing up her office while dancing to Beyonce's hit song "Run the World [Girls]."