The Airbus Beluga XL flew from France to Shannon Airport to take part in a training session. 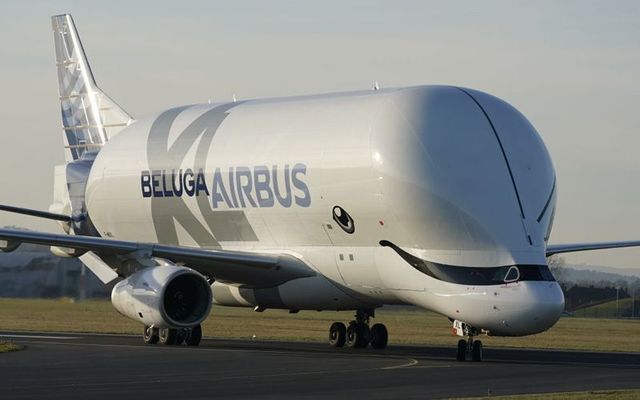 Is this the cutest plane ever? The Airbus Beluga XL, named after the whale it resembles, made a surprise stop at Shannon Airport in Co Clare, on Thursday, May 20.

The airport shared a photo of the strange looking aircraft on Twitter.

"Well hello there!" said the caption.

"What a surprise this afternoon to welcome what some might say (and we're not naming any names) is the 'worlds weirdest aircraft' to Shannon Airport!

What a surprise this afternoon to welcome what some might say (and we're not naming any names) is the "worlds weirdest aircraft" to Shannon Airport! pic.twitter.com/jvZl6oAapo

The Airbus Beluga XL traveled from Toulouse, France, to Ireland to undertake a two-hour cross-wind training in the skies above the airport.

Gale force winds offered the perfect weather conditions for the training, which began at 11 am.

Niall Maloney, Operations and Commercial Director at Shannon Airport, said: "Safety management plays a significant role in the aviation industry and in this regard we have always made our runway available for specific crew or aircraft performance training exercises.

"Today's bad weather created a great opportunity to get real flight experience in windy conditions. It isn’t the first time that Shannon has facilitated such training. In fact, the majority of all new aircraft models since the 1970s have used Shannon at some time specifically for cross-wind component training."

After the training session, the aircraft headed back to France.

Shannon Airport posted a video of the plane's departure, saying "Waving goodbye to this cutie pie. Thanks for brightening our day!"

The Beluga XL is one of only six such jets manufactured by Airbus, reports RTÉ.  The aircraft is known as a super transporter and is used to transport jet components across the globe.