The Antonov An-225 Mriya was in Ireland delivering PPE’s for medical staff. 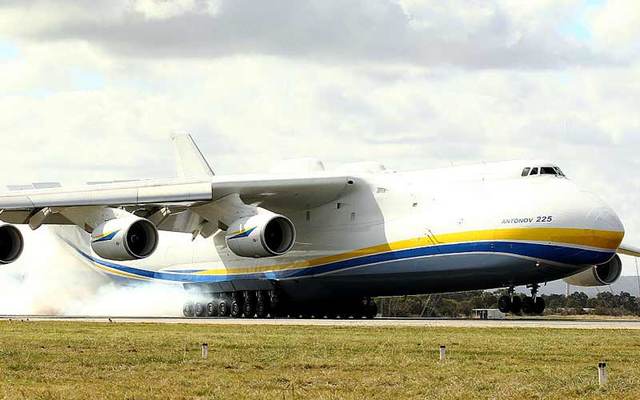 The Antonov An-225 Mriya, the world's largest aircraft. Getty Images

The Antonov An-225 Mriya, the largest aircraft ever built, has departed Ireland after a two-day stay.

The massive airplane was in Ireland delivering PPE’s for medical staff.

The plane started off in China, and stopped off in Kazakhstan, Azerbaijan and Germany before landing at Shannon Airport on Wednesday, reports Lovin.ie.

Good morning ! Look up at the skies ! 🛫We are getting ready to see off the incredible @AntonovCompany #AN225 which will take off from runway 06 shortly flying eastwards! pic.twitter.com/xcKeXwi8It

The cargo aircraft was designed in the Soviet Union’s Antonov Design Bureau and completed in 1988. The airplane, now owned by the Ukraine, is the longest and heaviest aircraft ever made, and also has the largest wingspan of any aircraft in operation, according to TwistedSifter.

The Antonov An-225 is powered by six turbofan engines and has a maximum takeoff weight of 630 tonnes. It is six stories high and has 32 wheels.

And we are on the move ! ✈️👋👏 #Antonov225 #shannonairport pic.twitter.com/bHMnpQ3i7s

Director of Operations at the airport Niall Maloney told Irish radio station RTE Radio One: ”With a wing span wider than the Croke Park pitch and, from nose to tail, over one and a half times the length of an Olympic swimming pool, the Antonov 225 stands alone as the largest and most powerful planes ever made.

“Our airport staff have been working on the front line ensuring the safe arrival of PPE cargo flights since the start of the crisis. We love having the Antonov here.

"It’s an incredible aircraft and when you see it on the taxiway here, it dwarfs anything else on the airfield. When you take its enormous size into perspective, it’s almost unbelievable that it can get up into the skies, let alone be as graceful when it’s up there."