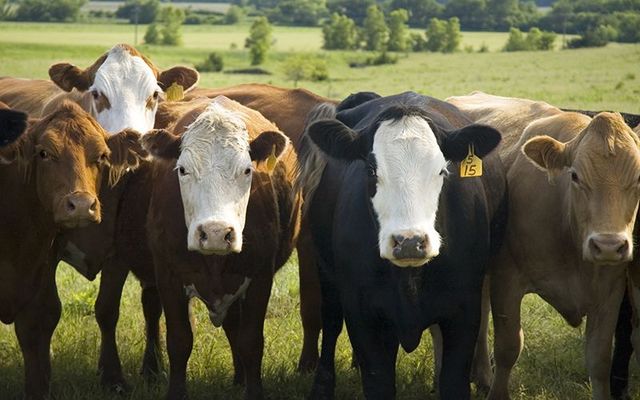 Baileys, the delightful Irish liqueur, may have an extra zest this Christmas because the cows that provide the cream have been listening to carols.

Dairy farmer Joe Hayden, who supplies cream for Baileys, has been playing carols to his herd this Christmas as part of a sustainability drive to reduce his carbon footprint.

At other times of the year, Hayden soothes his herd of 180 “Baileys Ladies” with Bruce Springsteen, Coldplay, and the Killers on his farm in the Wicklow foothills near Tinahely.

He has been supplying high-end cream to Baileys since its launch in 1974.

The Press Association, story circulated to the Irish media, reports that following a tip handed down by his mother, Hayden has been using music to relax his Holstein Friesian cows for years. Now he says he has scientific proof that it helps to produce better milk.

Hayden, 60, a father of two, said that the tunes released a hormone that lowered stress levels, leading to better milk.

He added, “Remember, they are a very, very sensitive creature, they are a beautiful creature. I’ve been working with the dairy herd here for over 40 years and the love relationship is as strong as ever. Like any ladies in our lives — what you give, you get back twice.”

Hayden said that Sunday afternoon was the only time of the week when the music was turned off in the milking parlor.

“That’s when we’re listening to the football and hurling matches during the championship,” he said.

He said his mother often spoke about a neighboring farm where she grew up that had five musical sons who were famous for serenading their herd.

Hayden, a fourth-generation dairy farmer who works with his brother, Michael, is already ahead of the curve when it comes to cutting his carbon footprint.

He has introduced a range of environmentally friendly practices in recent years. These include increasing the days his herd grazes on grass to 300 a year, a greater reliance on slurry as a fertilizer, using the natural warmth of fresh cows’ milk to heat the water used to clean the milking machines, and bringing up cold water from a well to cool the milk.