Americans get flak all the time for not saying Irish words properly. But let’s not forget that it goes both ways! 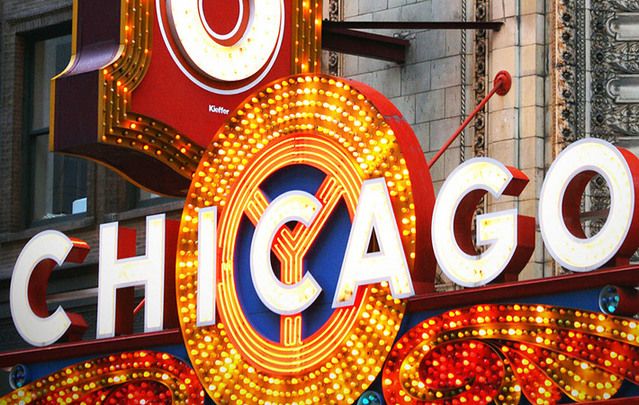 Americans get flak all the time for not saying Irish words properly. But let’s not forget that it goes both ways! Above: The Chicago Theater. Dimitry B. / Flickr

As an Irish American, I’ll be the first to admit that, for the most part, Americans are not the best at pronouncing Irish words correctly, whether it’s someone’s name (sorry, Aisling!) or an historically important town and popular tourist destination (here’s looking at you, Cobh).

Many a listicle has been written on the topic, Starbucks barristas never hear the end of it, and there are an abundance of videos on YouTube that capture the struggle of Americans faced with saying Irish words out-loud.

But let’s not forget that it goes both ways.

Yes, there are some American place names Irish people often just can’t seem to get right.

Why do Irish people pronounce "Chicago" with an "R" in the middle?!

It’s a beautiful city, brimming with Irish American history. They literally dye the Chicago River green every year for St. Patrick’s Day. Yet, as David Elkin at the Daily Edge recently illuminated, Irish people have a habit of adding in an extra consonant when they try to say the name of The Windy City.

So sick of correcting Irish people about this, it's CHICAGO not CHICARGO.

For reasons that have yet to be determined, Irish people tend to say “Chicargo” when referring to Chicago. One Twitter user has an innovative suggestion for correcting this:

I reckon we should turn a blind eye to Yanks saying "St. Patty's Day" as long as Irish people keep pronouncing Chicago as "Chicargo".

I love when people pronounce Michigan as if it's Mitch-igan. #rte

Follow the waters of the Chicargo river back into Lake Michigan, and we come to another name Irish people add an extra letter to, tuning Michigan, properly pronounced with a softened “ch”, into “Mitch-igan.”

Don't know why I laugh at videos of Americans trying to pronounce Irish names. I only found out how to say Arkansas a year ago.

This one is pretty understandable, based on how it’s spelled and the fact that there is indeed another state spelled Kansas with a different, more intuitive pronunciation. But it’s “Ar-can-saw,” not “Ar-can-sas”

The news from Maryland is sobering. But I can't help but smile when Irish reporters pronounce it Mary Land.

My mother, who’s from Ireland and is named Mary, was delighted to discover when she immigrated to the US that there was a state named after her. Sadly, after pronouncing it “Mary-land,” (as most Irish people do) a few times, she was informed that it’s pronounced “Mer-uh-lund”.

Why can't most Irish pronounce the State of Maryland "Mreland" as its citizens say it?

I really wish Irish TV and radio announcers would learn how to pronounce "Nicaragua".

Yes, Nicaragua is in Central America, but while we’re on this topic it merits mentioning that the common Irish pronunciation - “Nick-ar-ag-you-ah” - is very, very wrong. Even if you’re not going to say it with a proper Spanish accent, at least try for “Nick-ar-ag-wah”.

Can you think of any more American names Irish people often pronounce incorrectly? Let us know in the comment section, below.