Colin Farrell plans on taking a break at 40

Dubliner formerly known as the Lusty Leprechaun in another long ago life is ready to slow down and take a break. 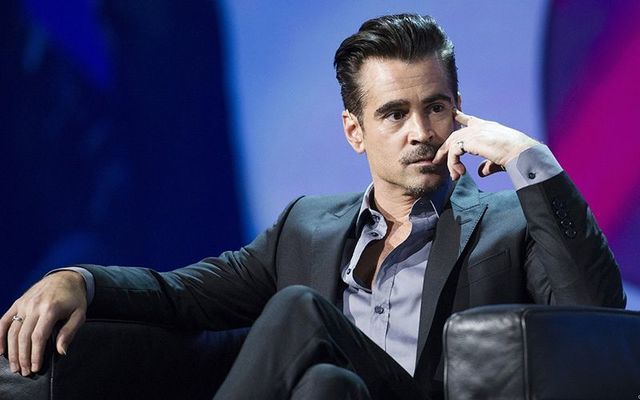 It's been the best of times for Colin Farrell…a stream of well-received films, and a newfound respect that comes with turning 40 and putting your best foot forward.

The Dubliner formerly known as the Lusty Leprechaun in another long ago life is ready to slow down and take a break he told The Irish Times last weekend while promoting his latest, The Killing of a Sacred Deer with Nicole Kidman.

“I am so ready to not talk about films, to not see a camera, to not have any idea that things such as fame and acting exist,” Colin said. “I am so ready to get the f*** away. I have absolute gratitude for what I do for a living. I love it. But I want to step away and live a little.”

What would Colin do besides spend time with his two sons, James and Henry? Enjoy the LA lifestyle of course.

“I live close to Griffith Park. I hike there. I go to the cinema. I forget I am an actor and go to the cinema.  The odd roadtrip. That’s when I am in heaven: In a car driving some place I haven’t been,” he says.

Farrell is refreshingly honest about his life and how it’s changed.  “It’s worked out really nicely,” he said. “I’m just talking selfishly. For years when I moved into my house there were two or three cars outside every day. If you went out for a coffee they’d follow you. They’re not there any more because I’ve done a lot more independent film. And I am not out and about.

“I’m happy to be left alone. But another part of me worries, maybe they should still be there?”

Be careful what you wish for Colin, especially if you’re on the ballot come Oscar season!