Irish author and filmmaker Colin Broderick chats with Mike Farragher about his newest book “Woodstock Goes to Hollywood" on the TAYSHT podcast. 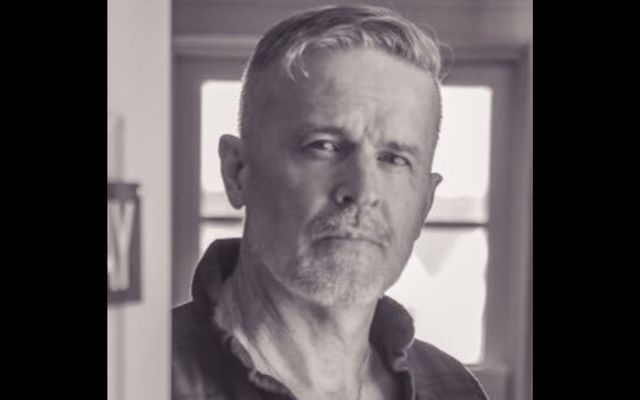 No matter where life takes Colin Broderick—into a film, a play, or a movie production—it all starts with the written word. He returns to his first love of words with "Woodstock Goes to Hollywood," his new novel that has been described as “Winnie the Pooh for adults.”

That’s as good of an explanation as any for "Woodstock Goes to Hollywood." A children’s story written in an adult format that follows a walking, talking bear that slips through the vapid glances of Hollywood for his own shot at the spotlight in the Big City. Along the way, he gets taken by a hustler and tangoes with street thugs that has him far removed from the dumpster behind the country sandwich shop that kept him fed.

“This started off as a story I would read to my kids, inspired by a family of bears that came to our property when we lived in Woodstock, New York,” Broderick explains in the first interview he has given about the book.

“It was during the pandemic at a time when I was wondering after 15 years if I would walk away from writing in and go back to construction.

"My son Sam asked me to finish the story and I began writing again. It was good to write a story not based on my life, and just for the joy of entertaining. I had lost the love of storytelling for a while there because I was worrying about agents and commercial success.”

With an unflinching honesty, Broderick has shared in his memoirs the joys and sorrows of his life, including the perils of growing up in Northern Ireland amidst The Troubles and his triumph over addiction.

His two feature-length films, “A Bend in the River” and “Emerald City,” have won audiences over and have won film festival awards on either side of the Atlantic. They draw heavily from his background as an immigrant to the Big Apple by way of Co Tyrone.

Art imitated life for the filmmaker when he recently returned home to screen “A Bend in the River,” a movie about the difficulties of returning home after being away. He was greeted with rapturous applause and praise, an experience that Broderick is still struggling to put into words.

“I’m still processing it all these months later and will probably get around to writing about it,” he says in our TAYSHT podcast interview.

Broderick has a host of film projects coming up in 2023 that he details in the latest episode of the TAYSHT podcast.

All things Colin Broderick, including an opportunity to have him ship a signed copy of his books right to your door, can be found on ColinBroderick.com.

Check out the latest TAYSHT podcast, featuring Colin Broderick, here and over on Spotify: