Censorsing of Fairytale of New York is "cultural vandalism," one journalist argues

Journalist Ella Whelan said that it was "kind of ridiculous" some of the "Fairytale" lyrics were being censored, stating that the censorship of the song had become a Christmas tradition in recent years. 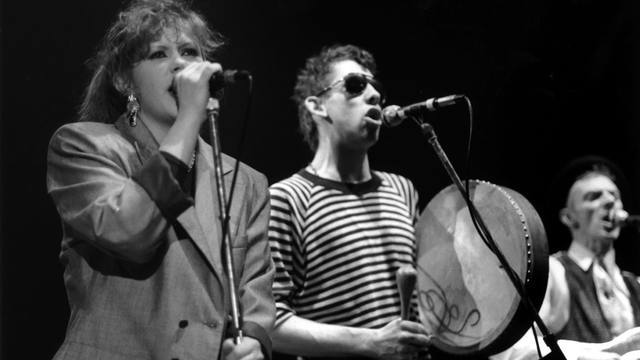 A still from the Fairytale of New York music video. Pogues YouTube

An Irish journalist has claimed that censoring some of the lyrics in the classic Irish Christmas song "Fairytale of New York" is a form of "cultural vandalism".

Ella Whelan, a contributor for the publication Spiked Online, told Newstalk Breakfast that it was "kind of ridiculous" some of the song lyrics were being censored, stating that the censorship of the song had become a Christmas tradition in recent years.

"Censoring Fairytale of New York has become as much of a Christmas tradition as hanging up stockings and putting the tree up," Whelan told Newstalk Breakfast after BBC Radio 2 announced that it would be censoring some of the song's more controversial lyrics.

Whelan said she believes radio stations are censoring the song because younger people are more sensitive about issues such as gender and sexuality.

"Most importantly, hearing a word in a song like that out of context should not offend and hurt you so much for you to want to censor it."

Whelan said the homophobic term in the song meant something different in Irish slang and added that songwriters Shane MacGowan and Jem Finer were not using the term in its modern context.

MacGowan has previously defended the use of the term in the song, stating that it "fitted" with the way Kirsty MacColl's character would talk.

"She is not supposed to be a nice person or even a wholesome person. She is a woman of a certain generation at a certain time in history and she is down on her luck and desperate," MacGowan said previously.

He added that he never sought to offend anyone and said the dialogue was "as accurate" as he could make it.

Listen to the Pogues' "Fairytale of New York" here: