Sophie White, author of the best-selling novel Filter This, on the six books that made her who she is. 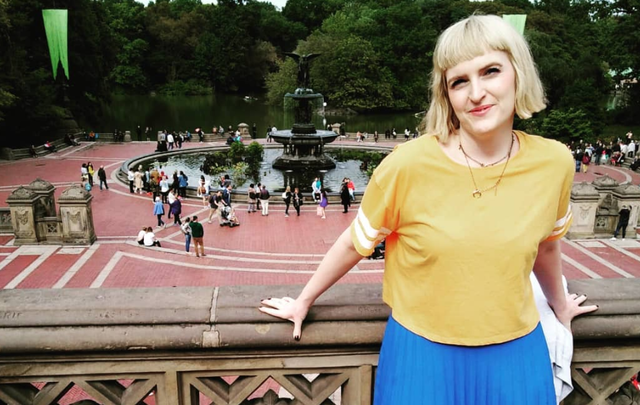 Sophie White, author of the best-selling novel Filter This, on the six books that made her who she is.

Midnight in the Garden Of Good and Evil

I credit this book as the beginning of my obsession with true crime. Midnight in the Garden Of Good and Evil is as much a portrait of the beguiling city of Savannah as it is a murder mystery. The writing is sublime and the characters – from Southern Belles to Voodoo priestesses – are unforgettable. It was probably my first taste of the potential of non-fiction storytelling and investigative journalism.

Read more: What the IrishCentral Book Club Facebook group is reading during quarantine

Notes on a scandal

Notes On A Scandal is a banger of a novel by the former-Sunday Times columnist, Zoe Heller with whom I was obsessed as a teenager. It is pure juice. The Booker-nominated novel centers on a solitary aging teacher, Barbara, who forms an obsession with a new vivacious colleague, Sheba, a free-spirited art teacher. Unfortunately, Sheba gets a little too free-spirited and embarks on an affair with a male student provoking Barbara to write a hypnotic account of their friendship, defending her friend but in the process revealing far too much of her own twisted nature. A dark and intimate exploration of female friendship and obsession.

Tales of the City

Born out of a serialized newspaper column, the six installments of Maupin's riotous Tales Of The City series span the 1970s and 1980s of San Francisco and take in everything from the gay bathhouse scene to the rise of punk and even the Jonestown cult. I read the series in my teens and it taught me so much about the history of the gay rights movement, the HIV epidemic and so much about the counter culture of the latter half of the last century. There was a brilliant TV adaption starring Laura Linney and Olympia Dukakis in the 1990s and Netflix even created a follow on from this original show this year with many of the original cast returning. Another Maupin novel, The Night Listener, is also a fave.

What I Loved begins as a meditation on friendship set in the delicious and decadent world of the affluent New York art scene in the 1980s. Over the course of the book, the mood gradually morphs into something far more sinister. Two families first united by friendship are then bound by tragedy. Hustvedt expertly and tantalizingly blurs the lines between fiction and reality by drawing on the very real crimes of NYC club kid Michael Alig, who also happened to be the friend of Hustvedt's real-life stepson.

Smith's debut novel was an instant crowd-pleaser, a sweeping epic about modern Britain, dealing with three generations of three London families. It's a melange of contemporary culture clashes bursting with heart and hilarious characters. I think it was the first novel I read that made me laugh out loud.

This Must Be The Place

The premise of Farrell’s seventh book, This Must Be The Place is frankly irresistible, it's basically a behind-the-scenes of the life of an Angelina Jolie-type superstar who goes into hiding in remote Donegal and falls in love with an equally troubled man. Moving and witty, O'Farrell captures an extraordinary marriage. I’ve put Maggie O’Farrell in here because I admire her so much but also because I can do a sneaky twofer and also mention her 2017 nonfiction collection, I Am, I Am, I Am which I adored and return to again and again. It recounts 17 near-death experiences endured by O’Farrell and her children.