'Road-Bowling' is a County Armagh summer tradition wherein competitors throw "bullets" down rural roads with many spectators onlooking and placing bets on the winners. 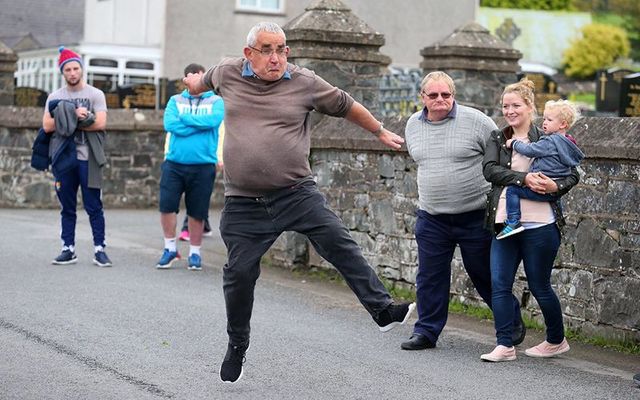 Each summer, thousands of people take to the roads of County Armagh and Cork to compete against one another in the game of ‘road-bowling’.

These ancient competitions are also commonplace in County Cork and even West Virginia, of all places, which feature the throwing of ‘bullets’ on rural roads. The BBC reported that the game involves two competitors who each throws a steel ball known as a “bullet” down a rural road full of spectators.

Meet the 'bullet men' who play a fast and furious game on the country roads of rural County Armagh https://t.co/fzwhkyomNK pic.twitter.com/XmuSmiRJAl

The one who makes the lowest amount of shots from one end of the road to the other wins. Despite how simple the game seems, it is often a source of intense rivalry which is often based on family ties.

One of the major players of the game is Thomas Mackle, a 26-year-old with a long family legacy of road-bowlers. He is one of the best players in Ireland and has won the All-Ireland road-bowling championship in addition to two Ulster championships and two King of the Roads competitions.

“My grandfather threw, my aunts and uncles, they all threw, my mother threw, daddy threw. It’s all just passed down and someday hopefully my children will throw as well,” Mackle told the BBC.

It’s a game that requires one to have a great deal of strength, hence throwers need to be at the top of their ability. Mackle’s rival, Cathal Toal expressed how important it is to frequently exercise because of how physical ‘road-bowling’ tends to be.

Conversely, Mackle felt that it was not necessary to go to the gym in order to play the game, instead favoring weight-lifting and exercise at home to stay in shape.

Another part of the game is the betting aspect, in which spectators will often place thousands of euros worth of bets. Mackle’s father, for instance, will place bets on his son by cash and merely by word of mouth.

People are willing to place these large bets on the game because the margin of wins is prone to being quite small, so either way is a decent bet.

Could Irish games such as road bowling become popular in the United States?