Dating back to the 1600s the game was brought to the US state by Civil War soldiers. 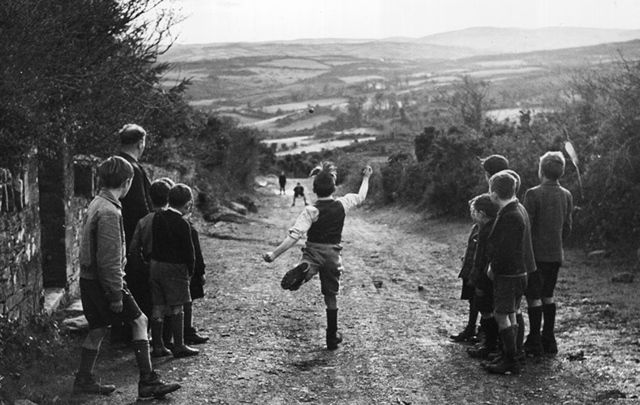 Irish road bowling is thought to date back to the 1600s when the native Irish rolled the cannon balls of Cromwell’s soldiers down moonlight boreens.

But now you’re far more likely to encounter people playing in the small town of Charleston, W.Va., where it’s thought that Civil War soldiers of Irish descent introduced locals to the game.

Historian Dan Harvey concluded in 2003, “It is highly likely, indeed probable, that Union or Confederate troops of Irish origin played road bowling between battles during the American Civil war - as they did worldwide ... with many foreign armies."

All participants need is a road a mile and a half long, a ball and an arm to throw it. The aim is to get the ball down the road with as few throws as possible.

Stephen Wallington of the Irish Road Bowling Association told WCHS TV that the sport was an inclusive one, requiring no great level of physical fitness.

“It's something for everybody,” he said. “We've had some events where we've had people in wheelchairs come out and play, so it's a sport where you don't have to be physical, you don't have to work out. it just gets you outside and you're out for a nice stroll, that's ultimately what it is."

And the game is not just played in West Virginia, clubs also exist in Boston and New York City. For more information, visit the club’s website here.