Remember the blessed on All Saints’ Day in prayer

Today, November 1, is All Saints Day, the day commemorating every saint, known and unknown, as per the Catholic tradition. 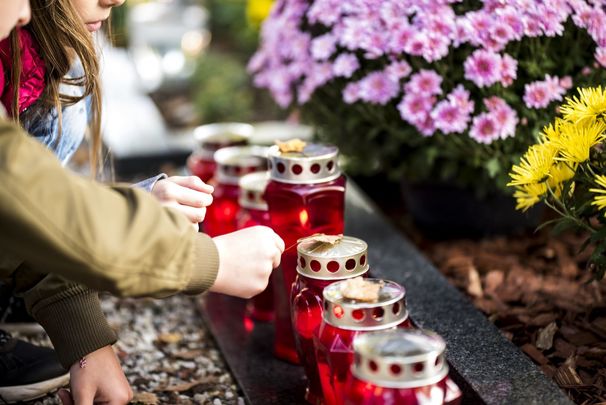 Today is All Saints Day, the day commemorating every saint, known and unknown, as per the Catholic tradition.

Although many of the known saints have their own feast day during the year, on November 1 the Catholic Church remembers them all through the Solemnity of All Saints.

For the saints that we do not have as much information about, or for those whose feats are still relatively unsung, the day offers an opportunity to commemorate their accomplishments and to pray to them, asking for their intercession.

According to Catholic doctrine, all the world’s saints are forever spiritually connected with the world and can intercede on people’s behalf because of a shared communion with Jesus Christ.

The Catholic Catechism also believes us all to be connected with each other through this shared communion with Christ. A good many saints, from the thousands who have been officially canonized, have been instated as protectors over different aspects of life, such as St. Patrick for the Irish or St. Vitus who acts as the patron saint against oversleeping.

The first evidence of Christians celebrating the saints comes from the second century AD when churches celebrated local saints. Those honored varied by location. As time went on, feast days slowly became more universal, however, with evidence of a general feast day occurring for St Ephrem the Syrian (d. AD 373).

All Saints Day was formally established in 609 AD by Pope Boniface IV, although it was then held on May 13. The pontiff also created All Souls Day which is now held one day after the feast of all saints on November 2.

The date November 1 was eventually chosen in 835 AD by Pope Gregory III, but for some time the Church in Ireland celebrated on April 20 so as to avoid the pagan feast of Samhain, a traditional harvest festival and day associated with the dead from which many modern-day Halloween traditions were taken. Even in Ireland, however, the date was changed to November 1 when it was made a Holy Day of Obligation by Pope Gregory IV in the 9th century.

In Eastern Churches, All Saints Day is marked on the first Sunday after Pentecost.

All Saints Day is the modern name attributed to the day, but it was once known in Old English as “All Hallow’s Day” or “Hallowmas,” making the previous day “All Hallows Eve” or Halloween as it is now more commonly known. “Hallows” is thought to have referred to the saints as they were the “hallowed ones.”

Here are a collection of prayers in praise of the saints this November 1:

Prayer for All Saints Day

We give you thanks, O God, for all the saints who ever worshiped you
Whether in brush arbors or cathedrals,
Weathered wooden churches or crumbling cement meeting houses
Where your name was lifted and adored.
We give you thanks, O God, for hands lifted in praise:
Manicured hands and hands stained with grease or soil,
Strong hands and those gnarled with age
Holy hands
Used as wave offerings across the land.
We thank you, God, for hardworking saints;
Whether hard-hatted or steel-booted,
Head ragged or aproned,
Blue-collared or three-piece-suited
They left their mark on the earth for you, for us, for our children to come.
Thank you, God, for the tremendous sacrifices made by those who have gone before us.
Bless the memories of your saints, God.
May we learn how to walk wisely from their examples of faith, dedication, worship, and love.

A Catholic Prayer in Praise of the Saints

How shining and splendid are your gifts, O Lord
which you give us for our eternal well-being
Your glory shines radiantly in your saints, O God
In the honour and noble victory of the martyrs.
The white-robed company follow you,
bright with their abundant faith;
They scorned the wicked words of those with this world's power.
For you they sustained fierce beatings, chains, and torments,
they were drained by cruel punishments.
They bore their holy witness to you
who were grounded deep within their hearts;
they were sustained by patience and constancy.
Endowed with your everlasting grace,
may we rejoice forever
with the martyrs in our bright fatherland.
O Christ, in your goodness,
grant to us the gracious heavenly realms of eternal life.

Prayer to the Saints and Angels Before Mass

Angels, Archangels,
Thrones, Dominions,
Principalities, Powers,
heavenly Virtues,
Cherubim and Seraphim;
all Saints of God,
holy men and women,
and especially my patrons:
intercede for me
that I may be worthy
to offer this Sacrifice to almighty God,
to the praise and glory of His name,
for my own welfare
and also that of all His holy Church. Amen.

- From the Roman Missal.