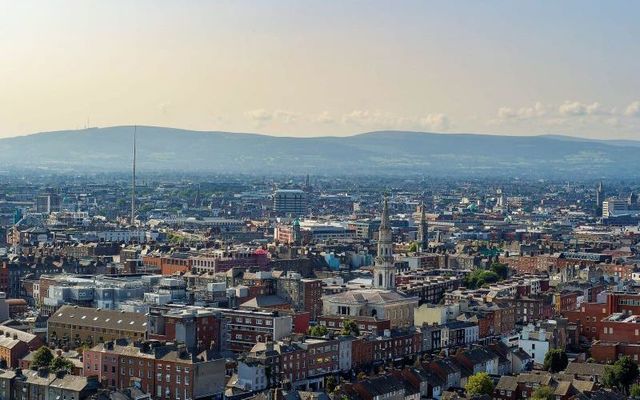 An Irish woman's poem to Dublin expressing her feelings of despair and frustration over the cost of living in the city has received over half a million hits on TikTok.

Alice Kiernan, 26, who is originally from Julianstown in Co. Meath, says she has been "doing all the right things" when it comes to trying to survive in Dublin, a city she loves.

According to The Times, Alice completed her degree in Maynooth and moved to Dublin five years ago when she  got a job in communications and social media.

The poet and musician has been house sharing for a number of years, watching her spending, and asking for pay raises in a job she loves, reports FM104.ie. Yet she doesn't think it possible that she and her boyfriend, who also lives and works in Dublin, will ever be able to afford a mortgage.

The 54-second TikTok clip, entitled “My Love/Hate letter to Dublin," describes her deep love for the capital, but also tells of the crippling financial struggle she has had to endure to stay there.

In her poem she said: "I love this town, I've call it home for five years now/I love having pints in pubs that founded our most famous musicians/Dublin is everything that you could possible love/I give it my all but it isn’t enough/ Because lately I felt like Dublin is squeezing me out/ Hungry for my money, my friends, my job and my house."

Alice was stunned that the video received more than a half a million views in less than a week. She described the success as “bittersweet."

“There’s this weird thing where people say, ‘Congrats on your TikTok,’ and I’m thinking, it’s not a good thing. Views are not getting me a mortgage and the comments are heartbreaking; 561,000 people should not be able to relate to this.”

She added: “Sometimes you think you’re the only one and you’ve done something wrong, and you haven’t been successful enough, but then you put up a TikTok expressing that emotion and I’ve had people sending me messages. The comments are heartbreaking.”